Here you will find information about cooperation requests from universities in Central, Eastern and Southeastern Europe

The Mari State University (MarSU) was established in the year 1972 in Yoshkar-Ola which is the capital of the Republic Mari El and is located in the Eastern part of European Russia. This university is one of the five founding members of the International Association of Finno-Ugric Universities as well as one of the 41 members of the Association of Classical Universities in Russia. Currently, there are more than 8.000 students from 55 areas and three special fields registered at this university.
The MarSU consists of five faculties and six institutes that educate specialists for most sectors of the Russian national economy: the faculties for mathematics and physics, medicine, law, history and philology, electrical engineering as well as the institutes of agricultural technologies, national culture and intercultural communication, economics, management and finance, natural sciences and pharmacy, and pedagogy.

The South East European University in Tetovo (SEEU) is the biggest private public university of Macedonia. It is located in the north- western part of the country. The SEEU is specialized on social as well as economic sciences. The study programs of this university are offered in English, Macedonian and Albanian.
Two main institutes for research strengthen the multidisciplinary cooperation in the field of research. Furthermore, this university cooperates with external partners as the Max Van der Stoel University for Research and the Institute for Ecology and Health. Within these institutes, research groups of different domains work together in order to produce efficient results on an international level.

Further Information about Cooperation Inquiry and Website of the SEEU

Today it is Kharkiv National Medical University, which has about 8,000 students, half of them - foreign students. KhNMU is a modern multi-type educational establishment with its powerful scientific, material and technical basis, which includes: 8 faculties, 70 departments, 6 educational and research production units; 2 research institutes, such as the Research Institute of Occupational Hygiene and Occupational Diseases of KhNMU and the Ukrainian Institute of Clinical Genetics of KhNMU; the University Dental Centre and the University Clinic as the medical, educational and scientific units of KhNMU; the Medical College of KhNMU.

Further Information about Cooperation Inquiry and Website of the KhNMU 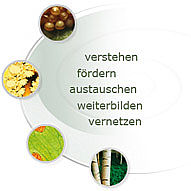