My main research interests center around the evolution (phylogeny, speciation and gene flow), ecology, and taxonomy of decapod Crustacea, with an emphasis on the combined use of morphological and molecular data to address systematic, phylogeographic, and ecological questions. Our study group is currently working on the following research projects:

1) Phylogeny and taxonomy of selected decapod families.
Genetic and morphological (adult and larval) comparisons of different brachyuran taxa have revealed that current composition of many superfamilies, families and genera does not agree with their phylogenetic relationships. My current phylogenetic research is devoted to brachyuran families comprised within the coastal Thoracotremata (Sesarmidae, Grapsidae, Varunidae, Ocypodidae) and the superfamilies Portunoidea, Cancroidea and Xanthoidea. Results shall contribute to the definition of taxonomic units reflecting phylogenetic relationships and thus to contribute to the construction of the tree of life.

2) Adaptive radiation of land crabs from the Greater Antilles: ecological mechanisms and intraspecific plasticity
In this project, the phylogeny, ecology, and population genetics of endemic freshwater and terrestrial crabs of Jamaica are studied and compared to the other Greater Antilles Cuba, Hispaniola, and Puerto Rico. In Jamaica, eleven described species of crabs belonging to the family Sesarmidae thrive in complete independence from the sea, colonising exceptional freshwater or terrestrial habitats such as limestone caves, bromeliad leaf axils, and empty shells of land snails. We are studying genetic and morphological differentiation between crab populations as well as the behaviour and the evolution of social systems of these recent land-dwellers. In contrast, the land crab fauna of the other Greater Antilles (family Pseudothelphusidae, genus Epilobocera) appears genetically and ecologically impoverished. The mechanisms favouring the onset of adaptive radiations are investigated. More recently we are also studying diversification of freshwater crabs from the South and Central American mainland.

4) Radiations and phylogeography of Eurasian terrestrial and freshwater Decapoda
In Europe and Asia, several different lineages of decapod Crustacea have colonised freshwater and terrestrial habitats. While several species of astacid crayfish are common in streams and lakes all over Europe, freshwater crabs of the genus Potamon are restricted to Italy and southeastern Europe. We are investigating population genetics and ecology of the stone crayfish Austropotamobius torrentium in and around Germany and of the freshwater crab genus Potamon in southern Europe and western Asia. In tropical Asia, a much more diverse fauna of freshwater crabs (superfamilies Potamoidea and Gecarcinucoidea) is present. In the ancient lakes of the Indonesian island of Sulawesi, a number of parathelphusine crabs and atyid shrimps have experienced a recent radiation with ecological specialisation. The colonisation history of Asia by gecarcinucoid crabs and of the ancient lakes in Sulawesi are studied to understand historic migration patterns and incipient speciation after colonistaion of new habitats in these freshwater crabs. 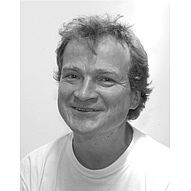