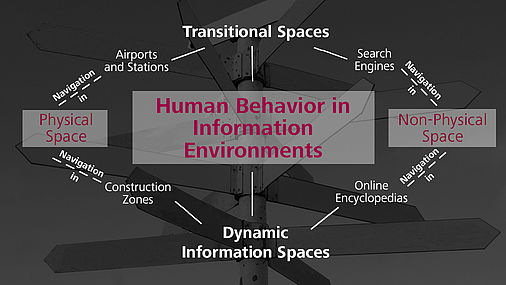 Where to Go and What to Do: Towards Understanding Task-Based Information Behavior at Transitional Spaces

In public transitional spaces, such as airports, users are faced with diverse challenges regarding information interaction and use. These challenges arise due to the scheduled and/or location-dependent procedures users are required to perform. Understanding what these users need or desire in the context of such spaces, what information is on offer, both online and in situ, and how these aspects interrelate is important to facilitate the design of systems that are accepted by the users concerned. However, very little is known about human information behavior (HIB) in public transitional spaces. As a starting point to understand how behavior in such spaces relates to or differs from information behavior in other contexts, holistically, I will create an explanatory model of airport information behavior by conducting an exploratory grounded theory based field study and relating my findings to those of existing models.
(from: Melanie A. Kilian. 2019. Where to Go and What to Do: Towards Understanding Task-Based Information Behavior at Transitional Spaces. In 2019 Conference on Human Information Interaction and Retrieval (CHIIR ’19), March 10–14, 2019, Glasgow, Scotland Uk. ACM, New York, NY, USA, 4 pages. doi.org/10.1145/3295750.3298972)

In this research project we analyzed gaze behavior in museums during several consecutive studies. In cooperation with the Alte Pinakothek München, the Neue Pinakothek München and the Ostdeutsche Galerie Regensburg we scrutinized the ocular fixation of original paintings with mobile eye-tracking glasses in situ. We also conducted investigations of digital versions of paintings in laboratory experiments using an eye-tracking device.

In one of our studies we assessed the regions of interest (ROI) as defined by our art expert as relevant areas of a painting from an art historical point of view, the duration of fixations and the order in which ROIs were fixated. We compared these ROIs to the actual fixation data of museum visitors based on the fixation duration on pixels of a painting. (Among the investigated paintings are i.a. ‘The Battle of Alexander at Issus ’ by Albrecht Altdorfer, ‘The Great Last Judgement’ by Peter Paul Rubens, and ‘The Great Martyrdom’ by Lovis Corinth).

We also investigated the influence of the presentation mode: Are there differences in gaze behavior between the digital version of a painting and the original version in the museum? Besides the paintings mentioned above we examined Vincent van Gogh’s ‘Plain Near Auvers’ and ‘View of Arles, Flowering Orchards’ as well as ‘Plowing in the Engadin’ by Giovanni Segantini.

In another study we assessed to what extend we could lead the viewers’ gaze by manipulation of elements within the paintings. We analyzed Lovis Corinth’s ‘On the Beach at Forte dei Marmi’, Rudolph Alois Watznauer’s ‘Tramway of Prague’ and works by Josef Mittlmeier.

The project involves the design of textual and pictorial elements in selected Wikipedia articles and how they influence the reception of users. The focus is on the distribution of information within the articles and it examines how the information is presented for example in the form of text or image and whether it complements each other in terms of content or stands next to each other without reference. We also analyse how users interact with the textual and visual information presented to them. Eye tracking experiments, questionnaires and knowledge tests are used as a survey methodology.

In URroadworks, the scalability of the URWalking data model and the time required to make complex changes to the model at short notice are evaluated in a realistic scenario. In the coming years, the central part of the campus of the University of Regensburg will be renovated. The construction measures lead to constantly new closures of known paths, especially for handicapped persons.

As a countermeasure, people on closed paths are made aware of the campus navigation system by means of diversion signs with QR codes. As soon as a person has scanned a QR code, their position is known and they can be guided to their destination by URWalking. In the background, the navigation data in URWalking's data model is regularly checked and updated so that URWalking's navigation instructions are always up-to-date.

The usage data will later be used to empirically validate theories on the information behaviour of people in public spaces: what information needs arise from the construction site? Which system responses are helpful in which situation and why? How do users with local knowledge behave towards the unusual route instructions - will they try to find their own cutoffs? How do unfamiliar people behave? 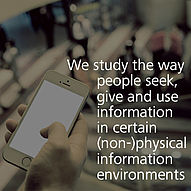