Finster studied physics and mathematics at Heidelberg University, where he graduated in 1992 with Franz Wegner and Claus Gerhardt. In 1992–1995 he wrote his PhD thesis at ETH Zürich with Konrad Osterwalder. In 1996–1998 he was post-doc at Harvard University. From 1998–2002 he was member of the Max Planck Institute for Mathematics in the Sciences in Leipzig. He got his habilitation in 2000 at Leipzig University. Since 2002 he is full professor of mathematics at the University of Regensburg.

Finster works mainly on mathematical problems in general relativity and quantum theory. More specifically, in collaboration with Niky Kamran, Joel Smoller and Shing-Tung Yau he studies the dynamics of waves in a black hole geometry. Moreover, he developed the fermionic projector approach to quantum field theory. In this context, he formulated the causal action principle. In recent years, the approach was extended to so-called causal fermion systems, which form a mathematical framework for describing quantum geometries. 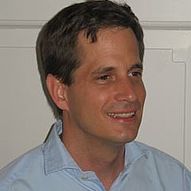