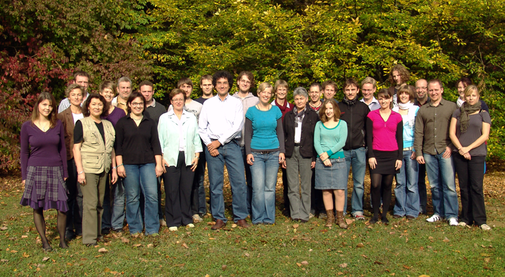 The research at the Laboratory for Human Anatomy and Embryology (LAE) focuses on the molecular characterization of homeostatic systems in the mammalian eye, which are critically required for survival of retinal neurons and for visual function. Primary research interests include the regulatory processes of aqueous humor circulation, intraocular pressure maintenance and ocular angiogenesis.

Molecular control mechanisms of the processes are studied in the normal eye, during embryonic development and under pathological conditions such as primary open-angle glaucoma, retinopathy of prematuorum, or retinal degeneration. In a parallel project, the LAE studies the role of olfactomedin proteins for podocytes in the glomerulus of the kidney.

The primary methodological approach is the generation of genetically modified animal models and the subsequent characterization of their phenotype. In addition, cell biological aspects are investigated by studying gene expression and its control in cell culture models and/or by generating recombinant proteins.