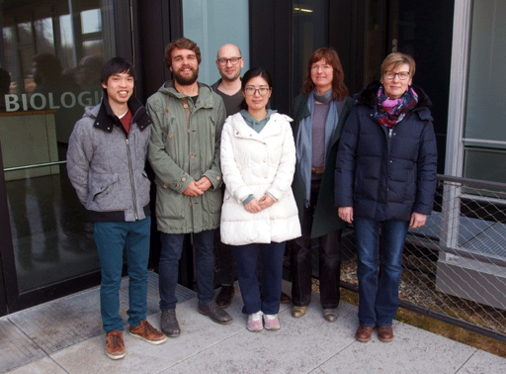 This is our team in front of the “Natural Sciences West” building where
you can find us on the 2nd floor of building D4.

We are interested in sensory processing at the cellular and subcellular level, in particular in the first relay station of the mammalian olfactory system, the olfactory bulb. To observe single synapses at work we use electrophysiological techniques in combination with high-resolution neurophotonics (two-photon Ca2+ imaging, two-photon 2D and 3D uncaging of transmitter). We complement these experimental techniques with simulations to unravel the biophysical basis of reciprocal signaling.

The olfactory bulb neuronal network consists of a two-stage circuit, first the glomerular layer where processing is distributed within a high diversity of local interneurons, and second the external plexiform layer, where most processing takes place between the principal excitatory mitral cells and the inhibitory axonless granule cells. Both processing levels feature complex, often reciprocal synaptic interactions. 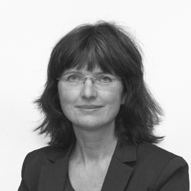