It is the goal of chemical photocatalysis to create new structures and to explore novel reactions by capturing light, ideally visible light. The dramatic development in the field over the past ten years has changed the way we do organic synthesis. Light-driven reactions allow the facile generation of reactive intermediates, which are key components in bond forming events. The selectivity and productivity of photocatalytic transformations depend significantly on the interaction between the substrate and the catalytically active species before, during, and after light excitation. However, for most reported photocatalytic and photochemical reactions these interactions are ill-defined or unknown. This CRC aims to develop the next generation of photocatalytic systems for organic synthesis by designed control of catalyst-substrate interactions. Results of this research initiative will enable a broader application of light-initiated chemical transformations as an essential tool for the selective and efficient synthesis of complex molecules in academic research and industrial production. The interdisciplinary research approach combines experimental, spectroscopic, and computational techniques for the analysis and application of different catalyst-substrate interactions including reversible coordination and reversible covalent bonding, hydrogen bonding, ionic and dipolar interactions, London forces and solvation for a more rational design of improved photochemical and photocatalytic organic reactions. The development of photocatalysts for solar fuel generation, materials for photovoltaic applications and chemical models of biological photosynthesis are excluded from the research program. The planned CRC builds on the experience of several PIs from the research training group (RTG) 1626 “Chemical Photocatalysis”, which contributed to the development of the field of research over the last nine years, and includes additional expertise now required to develop the next generation of photocatalytic and photochemical reactions in organic synthesis. 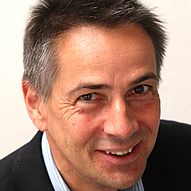