Our group is primarily interested in visual function, eye movements, attention and memory, cognition function and disorders in cognition.

In Regensburg he is

Greenlee studied from 1974 to 1978 at Wayne State University (Detroit, Michigan/USA). After a Junior Year at Albert-Ludwigs-Universität Freiburg he continued his studies in Psychology and received his Diploma in 1984. In 1986 Greenlee received his doctorial degree on the topic "Spatial adaptation in a rod monochromat: The effect of visual experience on the development of the visual system". In 1989 he received his Habilitation from the Medical Faculty on the topic "The mechanism of contrast adaptation in human vision". 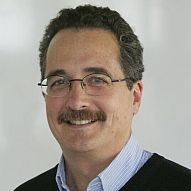 For appointments during termbreak please contact me  at +49(0)941 TBA or
mark.greenlee(at)ur.de

office hour during CORONA crisis only via Skype or ZOOM