Ignorance in Action? Epistemic Conditions for Action and Responsibility

Participation is free, but we kindly ask you to register via email with tim.kraft@ur.de. Once registered as a participant, you will receive information concerning participation (and a Zoom link).

The topic of this workshop is epistemic conditions of action and responsibility. Traditionally, two conditions are regarded as necessary and jointly sufficient for an event to be the responsible action of a person. First, the person must have been able to control her actions by her own free will. This first condition of control or free will has been intensively discussed. According to the second condition, the person must have known what she was doing, i.e. she must have had knowledge about the factual course of events caused by her, as well as about relevant normative standards. This second condition for responsibility has only been intensively discussed recently. However, the debate has revealed that the second condition is no less complicated and no less important than the first condition. At first, it is natural to understand the second condition as meaning that (as it is said) "ignorance excuses" – or, more precisely, that ignorance ensures that an event that took place under ignorance cannot be attributed to a person as a responsible action at all. But formulated in this way this initially intuitive principle does not seem to be true, since there is also culpable ignorance, as at least some philosophers have argued. On closer examination it is exceedingly complicated and unclear how this second condition for responsibility is to be understood. Some philosophers have argued, for example, that we are, in fact, responsible for far less than we believe, while other philosophers have proposed that the second condition for responsibility must be radically modified. With this workshop we want to further this debate by synthesizing research in responsibility theory and epistemology of ignorance.

Ignorance is not the Mere Absence of Knowledge

What is ignorance? An influential and widely-endorsed view is the so-called knowledge account: A subject S is ignorant of the fact that p iff S does not know that p. (Le Morvan 2012, 2019). In a recent paper, Pritchard (2021) presents counterexamples against the knowledge account, suggesting that ignorance has an evaluative dimension. The contribution of our paper is twofold. First, we intend to put the knowledge account of ignorance to the test. The results of our Study 1 demonstrate that the phrase “ignorant of the fact that p” is indeed strongly evaluative and, hence, has a different meaning than “not knowing that p”. Second, we aim to investigate a novel explanation as to the nature of the evaluative dimension of ignorance, namely, that attributions of ignorance are more fitting the more we believe a person should (but does not) know a fact. The results of our Study 2 show that the more we expect people to know a fact, the more likely people are willing to ascribe “ignorance of the fact that p” to the person who fails to know p, thereby providing strong support for our explanation.

Caring Enough about Morality and the Possibility of Moral Error

In my talk, I want to defend the view that blameworthiness for an action or omission requires that this action or omission manifests insufficient regard for morality's central and general norms or values. As I want to argue, this view, which I take to be the most promising development of a Strawsonian 'quality of will' approach, is especially well-suited to coping with the issue of moral responsibility for unwitting omissions and for actions performed out of normative ignorance. While this view allows that some moral errors can excuse the agent, it has the implication that more fundamental moral errors cannot do so. Though this may appear prima facie implausible with regard to some cases, I will argue that we should accept this result: Fundamental normative errors cannot excuse, though they may provide evidence that the agent should be considered as exempted from moral responsibility in certain areas.

Ignorance and Degrees of Blameworthiness

What is Culpable About Culpable Moral Ignorance?

It is commonly believed that agents can be culpable for acting on false moral beliefs that they have good reason not to hold, and this paper considers two ways of explaining how that can be so. The first explanation construes the agents’ culpability for their actions as an extension of their culpability for holding the false and unjustified moral beliefs, while the second maintains that they are culpable only for the larger wholes that include both the beliefs and the behavior. The issue is complicated by the fact that the reasons for holding a moral belief may be said to be provided either by normative reality or by one’s other beliefs; but on either account, the more plausible explanation is the one which takes the agents to be culpable only for the complex wholes.

Does it ever make sense to excuse someone with “although she truly believed that P, she didn’t know it”? In many cases statements like this seem nonsensical: For example, the lawyer’s statement “my client is excused from poisoning him – she truly believed that drinking the tea would kill him but since she only guessed that the rat poison she had poured in the tea is poisonous for humans as well, she didn’t know it” doesn’t offer an excuse, to the contrary. In this talk I will argue for three interconnected claims: (1) Contrary to appearances true belief ignorance excuses sometimes. (2) The “lack of true belief” account of ignorance is inadequate since it can’t deal with such cases. (3) A proper account of ignorance and belief can explain under which conditions true belief ignorance excuses.

The latest decades have seen an untiring dispute between various forms of intellectualism and anti-intellectualism about know-how. I here look upon these disputes from the side of ignorance, based on the assumption that a satisfactory conception of know-how must be able to make sense of degrees of practical ignorance in terms of the absence of practical knowledge.

Philosophers have characterized moral inquiry as a matter of answering
moral questions: are you required to become a vegan? Should you join the
strike action? Sometimes our moral inquiry does take that form. But
often it is more inchoate:  we wonder how to make sense of a moral
situation (a toxic workplace, a creepy date). The aim of this talk is to
develop an account of the notion of sense-making and to explore its
implications for moral testimony and moral expertise.

Epistemic Conditions for Choice in Action 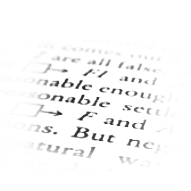