Welcome to the Homepage of the

Chair of Prehistory and Early History 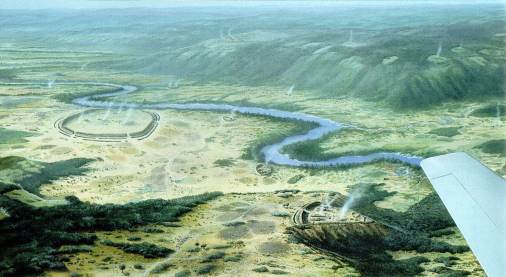 History is a conception of the past brought about by curiosity. As a historical orientation science, Prehistory and Early History reveal the experiences that early humans had in interactions among themselves and with their environment. Prehistory is a discursive subject that can be considered from different perspectives. However, the strangeness of many behavior patterns often leaves the observer baffled. The current fields of research are determined by the questions of the present regarding the past. In this respect, each generation shapes its own narrative of prehistory.

While archaeology refers to the process of gaining knowledge from the remains of human activity that have survived through the verifiable application of an extensive range of methods, prehistory provides the narratives from the times before the advent of writing. The objective of prehistory is the meaningful and scientifically comprehensible construction of cultural-historical contexts and developmental processes beyond the temporal and spatial framework of the written tradition. The analysis of past cultures reveals the possibilities of the groups involved, as well as the effects of economic, social and ideological strategies of action.

One of the qualities archaeologists must have in abundance, regardless of their specialty, is optimism: the belief that unobservable patterns of behaviour can be inferred from indirect traces in bad samples. They should be convinced that it is possible to say something meaningful about the past based on its material remains.