Together with Michael Dowling (University of Regensburg) and Paolo Di Toma (University of Reggio-Emilia), Thomas Steger is working on a broad literature review and preliminary case studies in which the implementation and realization of strategies in medium-sized and large companies will be examined. Various student theses will be integrated here.Additionally, Dominique Schönberger's dissertation deals specifically with the implementation of digitization strategies and the role of HRM.

Leadership in an International Context

Since the summer of 2019, Thomas Steger has been a country representative for Germany for the GLOBE research network (along with Maike Andresen, University of Bamberg, Felix Brodbeck, LMU Munich, Marion Festing, ESCP Berlin, Dirk Holtbrügge, University of Erlangen-Nuremberg, and Robin Pesch, University of Bayreuth). More than 500 middle managers will be interviewed about, amongst other issues, their leadership ideas, cultural change, and cultural influences on various HR practices. Parallel to this, interviews are being conducted in more than 130 countries worldwide.

Together with Piotr Trapczynski and two students, a paper dealing with legitimacy management in the case of the Russian software company Kaspersky is also underway.

ESO from the Employee Perspective

From 2011 to 2014, a research project, which was sponsored by the Hans-Böckler-Foundation (HBS), dealt explicitly with collecting and evaluating the employees’ perspective on ESO and used a broad set of instruments comprising both qualitative and quantitative methods. The project was run in cooperation with Christina Beisiegel, Madeleine Dietrich and Christoph Schubert. The final report has recently been published in a HBS series. Further scientific publications are being prepared.

We are continually compiling a collection of case studies of German companies with employee share ownership. In the long term, we plan to use the information to propagate and popularize this topic, which is still relatively underdeveloped in this region. A lively exchange is taking place between representatives from politics, the business sector, and associations.

In addition, Thomas Steger was a member of a consortium (led by Jens Lowitsch, University of Viadrina Frankfurt/Oder) that prepared a report on the status of ESO in Germany and Europe for the Federal Ministry of Economic Affairs. In collaboration with Rainer Sieg and Heinrich Beyer (AGP), case studies on MKB in SMEs and startups were developed and additional data sources on MKB in Germany were tapped. The comprehensive final report was published in 2020.

Together with Rainer Sieg, two studies were carried out for the HBS; one on employee shares in Germany (2016/17) and the other on employee shares in Europe (2018/19). Initial papers have been published (e.g. Steger/Sieg 2019), and others (e.g. on employee shareholders' associations in Germany) are in in preparation. A research proposal on the effects of MKB in selected large German companies is also being prepared for submission to the HBS.

Together with Irma Rybnikova and Klaus Peter Schulz/Nuno Guimaraes da Costa (ICN Business School, Nancy), a research proposal to examine the interrelationship between workplace and societal democracy and participation is being prepared for submission to the DFG and the Agence National de Recherche (ANR). Company case studies in France and Germany are planned.

Together with Irma Rybnikova and Juliette Summers, Thomas Steger is also organizing a workshop on this topic for the EGOS conference in Vienna in 2022.

In examining the expansion, implementation and consequences of digitization, the chair holder is primarily concerned with strengthening the social science perspective (as opposed to a purely technical or economic one). An initial publication (with Stefan Hauptmann, Fresenius University of Applied Sciences) has already been released.

Christian Scharff's dissertation, which deals with the influence of artificial intelligence on decision-making behavior in organizations, is nearing completion. Kerstin Rego's habilitation project is also in the thematic field of digitalization and its diverse and complex effects on and in organizations (e.g., Rego, 2020; Rego et al., 2020).

Together with Björn Jindra (Copenhagen Business School), Nóra Obermayer (University of Pannonia), Piotr Trapczynski and Tiia Vissak (Univerity of Tartu), a major international research project was submitted to the CHANSE initiative. This will address the impact of digitalization processes on responsibility and accountability in cross-border value chains.

Methodology of Management Research on Central and Eastern Europe

Following two decades of management research on transformation countries in Central and Eastern Europe, this project (with Rainhart Lang, Chemnitz University of Technology) aims to provide a critical assessment from a methodological perspective. To achieve this goal the most important characteristics (thematic focus, theories, methods etc.) of the publications in the leading international management journals will be examined. A publication on this topic is in preparation.

Under the joint editorship with Rainhart Lang and Irma Rybnikova, a comprehensive Handbook of Central and East European Management and Organizations is currently being written for Oxford University Press. It is expected to be published in early 2023.

Furthermore, an SFB application (Speaker: Susanne Lachenicht, University of Bayreuth, and Volker Depkat) on the topic of “the ‘National’ and the ‘Economic’” is in preparation. Thomas Steger is involved in two projects here.  Firstly, in the subproject “‘Red managers’ and ‘Russian entrepreneurs’. Images of Russia, Central Eastern Europe and ‘the West’ in Western managerial discourses, 1945–2010” (with Volker Depkat), and secondly, in an independent subproject “The national and the economic in the transformation process of Central and Eastern Europe since 1989—The role of multinational companies”. 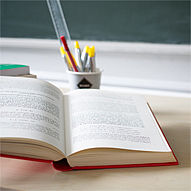