Günther Pernul received both the diploma degree and the doctorate degree (with honours) from the University of Vienna, Austria. Currently he is Chair and full professor at the Department of Information Systems (Institut für Wirtschaftsinformatik) at the Universität Regensburg, Germany. Prior to that he held a similar position as full professor with the University of Duisburg-Essen (1995-2002), Germany, and a position as assistant professor (later on as associate professor) with the Department of Applied Computer Sciences at the University of Vienna, Austria. He was a post-doctoral scholar at the Database Systems Research and Development Centre at the University of Florida, Gainesville, FL, as well as at the College of Computing at the Georgia Institute of Technology, Atlanta, GA. His current major research interests are information systems security, individual privacy and data protection, identity management, authorization and access control systems, cyber threat intelligence, security analytics. Additionally, he has developed interests in web-based information systems and advanced data centric applications.

Günther Pernul is co-author of a text book, has edited or co-edited more than 15 books, published more than 150 papers in scientific journals and conference proceedings on various information systems topics and has participated in national and international funded research. He has coordinated several large research projects and participated in even more. For example, he recently coordinated the BMBF-funded DINGfest project, the renowned Bavarian research allicance FORSEC on the security of highly connected IT-Systems, and the EU IPICS- and SPIKE-projects. He is a member of the Association for Computing Machinery (ACM), the IEEE Computer Society, the German Gesellschaft für Informatik (GI), the Austrian Computer Society (OCG), member of the IFIP WG 11.3 (Data and Application Security and Privacy), observer of the IFIP WG 11.8 (Security Education), member of the board of The Bavarian IT Security and Safety Cluster, member of the advisory board of the Secure Business Austria initiative, and the company Nexis GmbH. Additionally he has been serving as member in editorial boards and in program committees of more than 75 international conferences, is in the steering board of the Communications and Multimedia Security conference series and is founding editor of the conference series Electronic Commerce and Web Technologies (EC-Web, since 2000) and Trust, Security and Privacy in Digital Business (Trustbus, since 2004). Among others he recently acted as PC-cochair of ARES 2013, DBSec 2014, Track cochair of WI 2014 and as general chair of ESORICS 2015, DEXA 2018 and DBSec 2020. For his services to the scientific community he was awarded the 2016 IFIP WG 11.3 Outstanding Service Award.

Besides these Günther Pernul has also been active in several boards and committees at Universität Regensburg, for example in the faculty board of the Business School (including as Vice-Dean and Dean), and from 2011-2013 in the Academic Senate. He is also frequently invited as a reviewer for national and international research projects, for example by the Czech Science Foundation, Greek Science Foundation, Austrian FFG, Research Council of Norway, Swedish Research Council, the Humboldt Foundation, or for the German State of Hessen for the Loewe program.

Source of publications listed on this website: http://epub.uni-regensburg.de/. This listing does not necessarily list all publications of this institution or person. 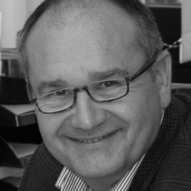