Political Philosophy and the History of Ideas focus on fundamental concepts of and milestones in political thought – from ancient Greece to modern and postmodern positions. Asking about the self-perception and legitimation of political regimes, political philosophy reflects upon the foundations of political science. In Regensburg, we explicitly emphasize the correlation between Political Theory and the Science of Democratic Rule [“Demokratiewissenschaft”].

Our research interests include the concepts of freedom and democratic citizenship as well as theories of modern republican thought (Rousseau, Kant, Tocqueville, Arendt). Moreover, we specialize in French political philosophy and in the theory of intercultural studies, with a specific focus on Brazil. Thus, we connect fundamental research in political science with a practical approach to scientific research. 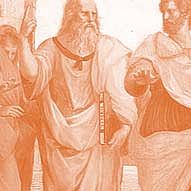