Time- and angle-resolved photoemission spectroscopy is a pump-probe technique where a pump pulse excites the sample and a time-delayed probe pulse visualizes the pump-induced changes of the electronic structure. The pump pulse can be an infrared pulse resulting in electronic excitations, a narrow-band mid-infrared pulse exciting infrared active phonons, or a Terahertz pulse that coherently modulates the momentum of the electrons inside the solid. We use extreme ultraviolet probe pulses to eject photoelectrons from the sample and measure the resulting photocurrent as a function of emission angle and kinetic energy of the photoelectrons. This gives direct access to the time-dependent electronic structure as well as transient electron distribution in momentum space. 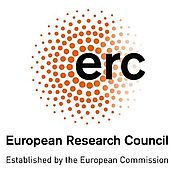 The band structure of solids is mainly determined by the orbital overlap between neighboring atoms. Therefore, electronic properties are commonly controlled via the chemical composition that determines the relevant structural parameters such as bond angles and lengths. DANCE will use a radically different approach where control of the effective orbital overlap is achieved by periodic modulation of the solid with strong mid-infrared and terahertz light fields. In this way, DANCE will control the band structure including topology, many-body-interactions, and spin. The induced band structure changes will be investigated with time- and angle-resolved photoemission spectroscopy.

We will implement two different driving schemes that either coherently modulate the atomic positions or the momentum of the Bloch electrons. Resonant excitation of infrared-active phonon modes results in a periodic modulation of the band structure at twice the driving frequency and, thus, a modified average band structure. In addition, non-linear coupling to Raman-active phonons leads to new quasi-static crystal and band structures. Coherent modulation of the Bloch electron’s momentum becomes possible if the scattering time is bigger than the inverse driving frequency and is predicted to result in various topological phase transitions as well as dynamical localization of carriers.

We will apply this approach to different low-dimensional solids with strong electron-phonon coupling and Dirac materials with long scattering times.

The success of DANCE will establish dynamical band structure engineering as a new method for electronic structure control and pave the way for novel optoelectronic and optospintronic devices.

In this project, we will combine time- and angle-resolved photoemission spectroscopy – a technique that allows us to investigate ultrafast charge transfer processes with unprecedented detail – with ab initio theory to seek answers for the following key questions:

If successful, the project will provide microscopic insights into ultrafast charge and spin transfer phenomena in various vdW heterostructures that will be essential for the design of future optoelectronic and optospintronic devices.

The interface between epitaxial graphene (EG) and SiC(0001) is a confined space that allows for the growth of novel two-dimensional materials (2DMs) with intriguing electronic properties including Mott insulators, Rashba materials, superconductors, and possibly topological insulators. While these 2DMs are interesting in their own right, they also offer an intriguing platform to investigate various proximity-induced effects on the graphene layer that rests on top of them. The main objective of the present project is to investigate the influence of the intercalated 2DM on the non-equilibrium carrier dynamics (NECD) of the graphene layer with time- and angle-resolved photoemission spectroscopy (tr-ARPES).

The goal of this project is to develop and optimize a new time-of-flight momentum microscope (ToF-MM), dedicated for operation at beamline PG2 of FLASH. Compared to the present HEXTOF instrument, its performance will be substantially improved by (i) use of a retarding electrostatic front lens to dramatically reduce space-charge effects, (ii) integration of a cryostat to reach sample temperatures down to 10K, and (iii) implementation of a THz-excitation scheme, which will pave the way for experiments with tunable excitation from THz to UV. These upgrades will provide access to widely uncharted territory for pump-probe photoemission experiments in the regime of high excitation density – enabled by efficient space-charge suppression – and low excitation frequency. Cryogenic temperatures are required to study the response of symmetry-broken ground states in exotic quantum materials. The proposed instrument, with its broad range of modalities, including time-resolved photoelectron spectroscopy, microscopy, and diffraction, will provide direct, unprecedented access to both the transient electronic and structural properties of novel quantum materials, driven far from equilibrium with femtosecond visible, infrared, and THz pulses. In first pilot experiments, we will study ultrafast charge transfer phenomena across the interface between different low-dimensional materials, the interplay between coexisting and possibly competing orders in high-temperature superconductors, coherent carrier acceleration in Dirac matter, and manipulation of one-dimensional solids with charge-density-wave order by strong THz electric fields. This next-generation time-resolved momentum microscopy will set new experimental standards for the investigation of condensed-matter systems far from equilibrium and is expected to expand FLASH’s broad international user community significantly. 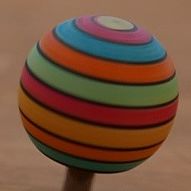