British Studies at the University of Regensburg cover British literatures and cultures from the Middle Ages to the present, as well as the English-language literatures and cultures historically affected by British colonialism (except for the United States). Our section of the department focuses on the regional diversities within the British Isles as well as the global dimensions of Britishness, including immigrant cultures and “New English Literatures”. Embracing an interdisciplinary approach, Regensburg British Studies are interested in cultural artefacts, representations and performances within their respective historical frameworks, employing theories and methods from history, media and theatre studies, history of science, sociology as well as gender studies. Additionally, in the age of intense processes of globalization and postcolonial renewal, intercultural studies have increasingly gained importance. The aim of British Studies, both in research and teaching, is to arrive at an understanding of Britain and Anglophone cultures around the globe that is profoundly tied to historical and theoretical frameworks, enabling students to analyse cultural phenomena and developments with a firm grounding in academic standards and methods.

Our research and teaching staff currently focus on the following areas of specialisation:

Interesse an einem Auslandssemester/-jahr in Irland? 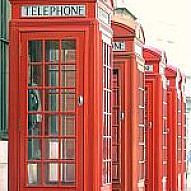