In the last few years, the effects of sex on behavior and brain function have been under the spotlight. Researchers are trying to understand how external stimuli are differently processed by the female and male brain and how internal stimuli like sexual hormones can change brain processing and behavior.
I am especially interested in how sex affects social behaviors such as aggression.  Out-of-context and exacerbated aggression causes severe socio-economic, as well as medical consequences, which has stimulated extensive research on the neurobiological mechanisms underlying offensive behaviors especially in males. Although recent data have shown that rates of violence are rising among girls and young women in the Western societies, research on female aggression has been limited. In this context, my project aims to unravel the neurobiological underpinnings of female aggression. We are particularly interested in how the social neuropeptides oxytocin and vasopressin regulate aggressiveness in female rats. In addition, we wonder how environmental conditions such as social isolation and/or early life stress may change aggressive display and the neurobiology of the oxytocin and vasopressin systems. In order to answer these research questions, we combine extensive behavioral, pharmacological (local and i.c.v. cannula placement, microdialysis)  and molecular approaches (immunohistochemistry, receptor autoradiography and in situ hybridization and viral injections).
This project is embedded in the EU consortium Neurobiology and Treatment of Adolescent Female Conduct Disorder: The Central Role of Emotional Processing FemNAT CD (602407). 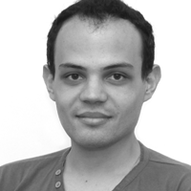