Markus Johannes Diepold completed his Master’s degree in German and English/American Studies at the University of Graz in 2019. In his final thesis, supervised by Prof. Silvia Schultermandl, he focused on a sociocultural comparison of the visual politics of abolitionist and lynching photographs in the nineteenth century within the U.S. context, on which he expanded in a 2020 journal article published in INTERACTIONS, which investigated the imagery’s afterlife in the Civil Rights Movement. During his studies, he spent a semester at Willamette University in 2015 and worked as a student assistant to Prof. Klaus Rieser at the Department of American Studies from 2016-2018. Following his studies, he spent a year at Williams College, working as a teaching associate at the Center for Foreign Languages, Literatures & Cultures in the academic year 2019/20.

Currently, he is pursuing a doctorate in American Studies at the University of Regensburg supervised by Prof. Dr. Volker Depkat and is working as a research assistant for the DFG-Project “Entangled Objects? Die materielle Kultur der Diplomatie in transkulturellen Verhandlungsprozessen im 18. Jahrhundert,” as part of the subproject “Teilprojekt 2: Die materielle Kultur in der kolonialen Diplomatie Nordamerikas (1713-1763).”

The subproject focuses on the forms, functions, and political semantics of the use of objects in the diplomatic interactions between Indigenous peoples and representatives of the European powers, as well as representatives of the North American colonies, from the end of the Queen Anne’s War (1702-1713) to the so-called French and Indian War (1754-1763). Central to this period is the struggle between French and English colonists to gain control over the North American continent, which in the North-East was strongly influenced by the presence of the Iroquois or Haudenosaunee, a confederacy of five, and from 1722 on, six indigenous nations.

In order to disentangle the complex diplomatic interactions between these groups and try to combat the one-sidedness of textual sources, this project has taken food culture as its methodical and theoretical lens. By investigating the materiality of food and tools used in its cultivation and preparation, the cultural and symbolic associations attached to foodstuffs and dishes, as well as the ecology and struggles over territory, this approach allows for a multifaceted reading of the material facets of diplomatic interactions and its consequences. 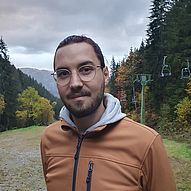