History of Science and Philosophy

The research under this head deal with both the methodological and historical questions about the relationship between science and philosophy. On the one hand, there is the question of how the history of science is supposed to relate to philosophical problems. I have argued that employing close historical analysis can itself disclose philosophical clarity with regard to scientific concepts. In particular it can reveal the historical a priori fundamental to the emergence of a concept in science at one particular historical moment rather than another. On the other hand, there is a history of how philosophers articulated their relationship to the natural sciences. Studying these articulations in historical and cultural contexts are important ways to chart the centuries long dance between philosophy and the study of nature, whether that take the form of natural philosophy in the seventeenth-century or in the form of scientific philosophies of the twentieth-century. One interesting consequence of both these investigations--the methodological and historical--is the realization that what may have been a philosophical question or problem at one time, becomes a scientific one at another. In fact, philosophical problems and the methods used to solve them have a history. The projects under this head seek to unravel these histories. 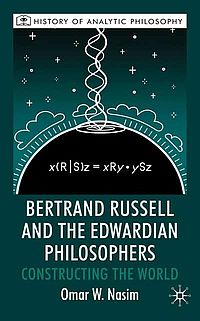 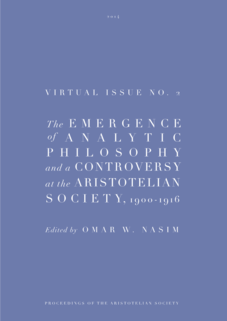 •    Winner of the Bertrand Russell Society’s Award for Best Book on Russell, 2009

“The Spaces of Knowledge: Bertrand Russell, Logical Construction, and the Classification of the Sciences,” in British Journal for the History of Philosophy, 2012, 20: 1163-1182.