Techniques and Practices in the History of Science

By focusing on routine, everyday practices and techniques in the history of science, the research under this head disclose the materials, sites, gestures, postures, and performances that have been essential to scientific work. Paperwork and handwork, for instance, are vital for understanding the labor of many sciences, even in those where we might least expect it, such as astrophotography. Turning to ordinary practices also reveals techniques that may also be overlooked, such as all those things actively made invisible in the process of scientific visualization; a process usually dubbed making visible. Through such investigations of the mundane and material, the project recasts the moral economies of scientific personae and virtues, so important to scientific work, as embodied in actions and tools; it localizes scientific work only to ask after the strategies, often standardized, then used to transcend those particulars; it focuses on the transformation, by mundane means, of material things into objects useful to science; it makes visible what typically is not; and it locates the epistemological impact of the senses not by its immediacy but rather its mediation through layers of routine. Often rationalized and cropped out of published accounts, understanding these backstage practices and techniques of scientific work helps us to appreciate science in action, as technologies of the body that are delimited by self and history, society and culture. At a time when automation is taking over what it means to do science, particularly by means of computer algorithms and artificial intelligence, the attention paid to human labor and handwork in the sciences and their history becomes all the more important to emphasize and understand. 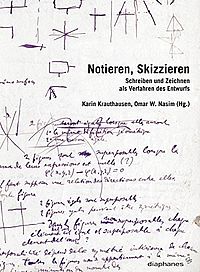 “Making Invisible: The Other Side of Scientific Visualization,” in Re-Thinking Visualization: a multidisciplinary attempt at the concept, eds. by Erna Fiorentini and James Elkins (Berlin: LIT Verlag, 2019, in press).