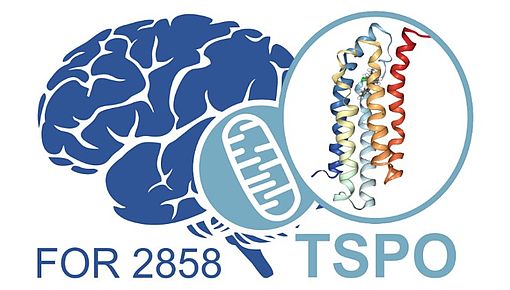 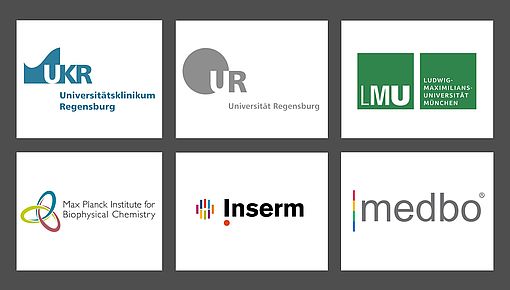 The translocator protein 18 kDa (TSPO) is a ubiquitous mitochondrial protein. Studies of its responses to endogenous or exogenous ligands have revealed TSPO to be involved either directly or indirectly in numerous biological functions, including mitochondrial cholesterol transport, steroid biosynthesis, porphyrin transport and heme synthesis, apoptosis, cell proliferation and transport of ions and metabolites.

TSPO is expressed in a wide range of tissues within the organism. Although TSPO is particularly abundant in steroid producing tissues it can be found substantially also in the brain, liver, heart and the immune system. The broad range of expression and its pleiotropic functional properties render TSPO an interesting target for many disease areas.

Within the cell, TSPO is predominantly located in mitochondria, specifically in the outer mitochondrial membrane. It belongs to a multimeric complex and is associated with other proteins such as the voltage-dependent anion channel (VDAC) and the adenine nucleotide translocator (ANT) as well as with cytosolic proteins such as hexokinase (HK) and glycogen synthase kinase-3 beta (GSK-3beta).

The pleiotropic actions of TSPO render this protein an interesting target in the nervous system. Therefore, the research group aims to characterize the role of TSPO as a diagnostic and therapeutic target from structural biology over neurology to psychiatry and to delineate the potential of TSPO ligands as a novel therapeutic approach within the nervous system. 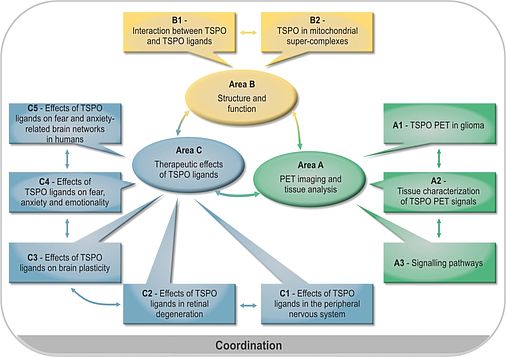 The topic will be addressed in three research areas. Area A will delineate the diagnostic potential of TSPO imaging by means of positron emission tomography (PET) in brain tumors in vivo and will enable the complementary characterization of brain tissue in vitro to delineate theneurobiological characteristics underlying TSPO PET labeling in the human brain. Moreover, the identification of TSPO-related signaling pathways will put forward research in area C.

Area B will provide information on the structure and function of the TSPO molecule in response to TSPO ligands and within its multimeric complex by biophysical methods in order to unravel further molecular mechanisms of TSPO signaling and to give further input for TSPO ligand drug development (area C).

Area C will address the role of TSPO for neurodegeneration within the peripheral nervous system, the retina and the brain using newly established animal models and PET imaging. Moreover, the neuroregenerative potential of TSPO ligands will be investigated thereby providing information on the consequences of structure-activity relationship of TSPO ligands (area B) in vivo. In addition, the role of TSPO for behavior such as anxiety, fear and stress in relation to the modulating effects of TSPO ligands will be studied in respective animal models including PET labeling in relation to neurosteroidogenesis (area B) and spine plasticity. There will be a translation to humans by means of neuroimaging based on cognitive neuroscience approaches. It will be of interest to define brain networks specifically targeted by TSPO ligands. The findings within area C can ultimately be translated to neurodegenerative and psychiatric disorders. 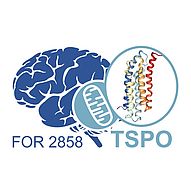