Due to their ephemeral nature radio dramas are rarely translated, rarely reviewed in feature articles, and only considered by scholars in the language area in which they were originally broadcast. The result is that a wide variety of parallel worlds of radio dramas exist – at times even without knowing about each other.

The international conference “’This is Channel Earth’ –100 Years of Radio Drama International” brings together media and literary scholars, authors and radio producers from five continents, on the one hand to close this cultural-historical gap and on the other hand to inspire an intercultural comparison. The aim of this exchange is at least to outline a “global radio drama map”, possibly even a “global radio drama history”, which shows parallel and opposing developments and illuminates similar tendencies and mutual influences that have so far not been considered. Hitherto unused points of contact are definitely available:

Numerous other questions would be of research interest: How did radio drama develop and what role does it play in regions where illiteracy is widespread? Or in countries where literary life is traditionally strongly influenced by state censorship? Or in places where radio was imported by colonizers and yet is broadcast in the local language?

What consequences does this have for radio drama, and what does its future look like? Will it die out as a literary genre, will it migrate from radio to the Internet, from the professional to the amateur sector? Will it be replaced by the podcast? Can we identify commonalities across countries, languages and cultures, or are new differences emerging?

María Mercedes Di Benedetto graduated from the Instituto Superior de Enseñanza Radiofónica (ISER) as a screenwriter for radio and television, was a teacher at colleges and universities in the fields of "comprehensive language", "production and direction of radio and television" and "screenwriting for radio and television”. She specialized in investigating the history of radio drama in Argentina and has edited three books on the subject. She is the writer and radio fiction lecturer, she travels the country giving seminars and workshops on the subject. Her works have been broadcast by national and international radio stations.

She has received numerous awards for her plays and radio dramas and performed at various literary and media congresses and at international radio biennials. She is currently Secretary of the Professional Radio Council of ARGENTORES, the General Society of Authors of Argentina.

Alejandra Bronfman is Professor in the Department of Latin American, Caribbean and Latina/o Studies at the University of Albany. She is the author of Measures of Equality (2004), Isles of Noise, (2016) and co-editor, with Andrew Grant Wood, of Media Sound and Culture in Latin America and the Caribbean (2012). Her research interests include sound, race, environment, and the materiality of media.

Dragoș Carasevici is lecturer at the German Studies Department of the "Alexandru Ioan Cuza" University of Iași, Romania, where he teaches literary translation and German literature. He is also the coordinator of InterDramText, a project that deals with theatre translation and with the training of university students who are interested in theatre translation. Dragoș holds a PhD, which was the result of a cotutelle between the University of Iași and the University of Geneva (Switzerland), his main research areas being the German language theatre  in the second half of the 20th century (with a focus on Friedrich Dürrenmatt) and productive reception of literary texts in theatre, music and film. Dragoș is one of the contributors to the Friedrich Dürrenmatt Handbook (Metzler Publishing House, 2020) and he is also the editor of a volume consisting of the Romanian versions of Friedrich Dürrenmatts best-known radio plays (Univers Publishing House). [Besides his academic career, Dragoș is long-time contributor to the only printed Romanian music magazine, Sunete.]

Professor Tim Crook pioneered British independent production in audio drama in the 1980s and 90s with UK co-productions with NPR in the USA, new writing festivals and competitions and secured many national and international awards and for his writing, direction, production and sound design. He originated audio drama teaching at Goldsmiths, University of London and taught the specialist sound storytelling course for 30 years. He has written influential books and chapters on radio drama history and practice. These include Radio Drama Theory &
Practice (1999), The Sound Handbook (2013), and the forthcoming Writing Audio Drama (2023)
all for Routledge and the recent Audio Drama Modernism: The Missing Link between Descriptive Phonograph Sketches and Microphone Plays on the Radio by Palgrave Macmillan (2020). He likes to investigate the past to create new insights which can inform the present art of audio drama on the radio and in online podcasting.

Christiane Heibach is Professor of Media Aesthetics at the Institute of Information and Media, Language and Culture at the University of Regensburg. Her research focuses on the epistemology of media, the history and theory of multi- and intermedia art forms, the aesthetics of new media and the literary and media theories of the twentieth century. She is the author of numerous studies in digital and multimedia aesthetics and has recently published The Construction of Media Authorship. Investigating Artistic Practices form Early Modernity to the Digital Age (co-edited with Angela Krewani and Irene Schütze, Berlin: de Gruyter 2021).

Jina Eleanor Kim is an associate professor of Korean literature and culture in the Department
of East Asian Languages and Literatures at the University of Oregon. She is the author of Urban Modernities in Colonial Korea and Taiwan, a comparative study of modernist literature and culture emerging in Seoul and Taipei during the Japanese colonial era; co-editor of The Journal of Korean Studies special issue on “Intermedial Aesthetics: Korean Literature, Culture, and Film,” a collection of essays that show how the movements across media can open up new ways of engaging in transnational, interdisciplinary work on Korea. She is currently completing a second book project on Auditory Texts in Colonial Korea, which examines the relationship between emerging genres and new sound media technologies, especially through the study of radio and radio dramas.

Her recent publication on radio includes:

Dieter Lohr is a research associate at the Institute for Media, Language and Culture at the University of Regensburg. One of his main research interests is the history of radio drama; his most recent publication in this field is an article on the radio plays of Friedrich Dürrenmatt in the Dürrenmatt Handbuch (Metzler 2020). In addition to his academic work, he is an author of fiction and has been running an audiobook publishing house since 2004, which was awarded the prize for a small Bavarian publishing house by the Bavarian State Minister for Science and the Arts in 2016. He has been awarded numerous prizes for his literary work, including the C.S. Lewis Prize of the Brendow Publishing House and the Cultural Promotion Prize of the City of Regensburg. The radio feature Der Fahrradspeichenfabrikkomplex (The Bicycle Spoke Factory Complex), published by him and Angela Kreuz, was nominated for the German Audiobook Award in 2010.

Vikram Phukan is a Mumbai-based theatre practitioner and stage commentator.  His writings on theatre have appeared in publications like The Hindu, Forbes India, Mint Lounge, International Gallerie, Firstpost and News9. Guest faculty at Drama School Mumbai, he has served on curatorial and grant-making committees with the Mahindra Excellence in Theatre

Awards, the Goethe-Institut Max Mueller Bhavan, Thespo and the Serendipity Arts Festival. He has written and directed Those Left Behind Things, a play on asylum seekers, and the recent
Dry Ice, supported by the India Foundation for the Arts, both produced by his group, Theatre Jil Jil Ramāmani. His writing credits include Sunil Shanbag's Hindustani musical Stories in a Song; Limbo, a rites of passage drama; a collaboration with Patchworks Ensemble on drag revue The Gentlemen's Club; & the Indo-US venture Even Mists Have Silver Linings. He’s the founder of Inqueerable, a platform for Indian queer theatre.

Neil Verma is Assistant Professor of Sound Studies at Northwestern University. He is the author of more than 30 chapters and articles about the history of radio and other audio media. His books include Theater of the Mind: Imagination, Aesthetics and American Radio Drama (2012) and, as co-editor, Anatomy of Sound: Norman Corwin and Media Authorship (2016) and Indian Sound Cultures, Indian Sound Citizenship (2020). He is the winner of the SCMS Best First Book Award and of the Kraszna-Krausz best Moving Image Book Award. He founded the Great Lakes Association for Sound Studies, serves as the Conference Director of the Radio Preservation
Task Force at the Library of Congress, and edits the RadioDoc Review. Verma is also a sound artist who specializes in experimental field recording. His recordings have aired on Resonance FM, Radiophrenia, Wave Farm and other venues.

Kerim Yasar is Assistant Professor of East Asian Languages and Cultures at the University of Southern California, where he specializes in modern Japanese literature and cinema, media history, and translation studies. His first book, Electrified Voices: How the Telephone, Phonograph, and Radio Shaped Modern Japan, 1868-1945, examines the roles played by the telegraph, telephone, phonograph, radio, and sound film in the discursive, aesthetic, and ideological practices of Japan from 1868 to 1945. He is also active as a translator in a variety of genres and media, from contemporary novels to pre-modern poetry to the subtitles for more than a hundred feature films in the Criterion Collection/Janus Films library, including classic works by directors such as Kurosawa Akira, Ozu Yasujirō, and Oshima Nagisa. He was previously Assistant Professor of Japanese at Ohio State and a postdoctoral fellow in the Society of
Fellows in the Liberal Arts at Princeton University. 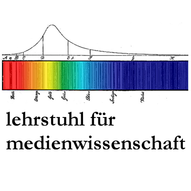