The fine-motor and sensorimotor foundations of learning

In a series of studies, we have demonstrated that fine motor skills (FMS) link to a range of early cognitive and academic skills. Specifically, preschoolers’ FMS relate to their concurrent and later performance on measures of early literacy, reading, and mathematics skills. Further, we have found evidence that children’s cognitive and language development is also affected by their FMS. The question now is to understand why FMS link to academic and cognitive development.

Understanding why and how children’s FMS influence their cognitive development relates to age-old philosophical struggles in understanding how the body relates to the mind (e.g., dualism) and how the senses influence and can be trusted in thought (e.g., rationalism, empiricism, phenomenology). Moreover, understanding how sensorimotor factors influence cognitive and academic development has implications for numerous disciplines, including education, psychology, medicine, and neurology.

Our current work has implicated three main explanations for links between FMS and cognitive development. The first points towards common developmental underpinnings, the second focuses on the functionality of FMS and sensorimotor skills for learning, and the third on shared internalized processes. One example of the latter explanation we termed the Nimble-Hands, Nimble-Minds hypothesis (Suggate & Stoeger, 2017, Quarterly Journal of Experimental Psychology).

Accordingly, we attempt to study links between FMS, sensorimotor skills, and cognitive development in a broad number of ways, touching on a number of disciplines. Particular foci of our work are on:

a)       establishing the key fine and sensorimotor skills involved;

b)      determining links between fine and sensorimotor skills and language and conceptual development; 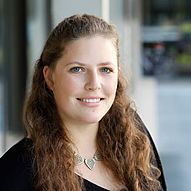