Descriptions of these projects and references to publications which have resulted from them are available under "Research Center for World Englishes/Current Projects".

In investigating the English language and its modifications in time and space I have always been thrilled by the interplay between regularity and systematicity on the one hand and irregularity and variability on the other: somehow we all share rules and a "system" and talk "the same" way (otherwise we couldn't communicate), but then we also have the liberty to deviate, use alternative choices to signal social belonging, and even "break rules" for a purpose, talk "differently" – language is not mathematics. I guess this tension between uniformity and variability has fuelled the fascination with language that drives my research and that I hope to be able to share in my teaching.

In my 40-year career I have "meandered" quite some varieties of English myself. I was trained in dialect geography and then moved to becoming primarily a sociolinguist; my dissertation on structural variants in Earlier African American English, published in Alabama, was quite influential in US sociolinguistics in its time. I also carried out some research on the history of English, notably Early Modern English, and have investigated language contact, including some pidgins and creoles. For more than twenty years, however, I have mainly worked in the young field of "World Englishes", investigating the many distinctive varieties of English that have emerged in colonial and postcolonial times around the globe, notably in Asia and Africa, and I have developed a global reputation in that field. Amongst other things, for many years I edited the leading journal (English World-Wide), an associated book series, and two major international Handbooks, and I have published many studies of structural properties of many different varieties of English, mostly based on corpus and fieldwork data. I am probably best known for my "Dynamic Model" of the evolution of Postcolonial Englishes, a uniform explanation of the emergence of these varieties that by now has largely been accepted as the main theoretical framework in the discipline, published in the journal Language in 2003 and in the Cambridge University Press book Postcolonial English in 2007.

Since April 2020 I am officially retired, though I remain active as an Emeritus Professor in research, editing and writing, giving talks, and supervising (and possibly teaching, as required).  From January to May 2021 and 2022 I joined the Department of English Language and Literature of the National University of Singapore to teach, supervise final theses, and work there, and most likely this will be repeated in 2023.

Here is a link to my Google Scholar page (which shows current citations and research impact indices). At the time of revising this page it looked like this: 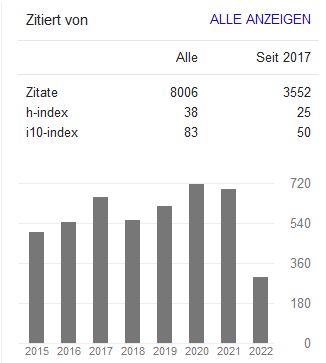 In case anybody is interested more fundamentally in my work and the development of my research interests, here is an interview which the Journal of English Linguistics published with me in 2016. 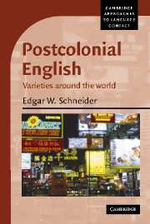 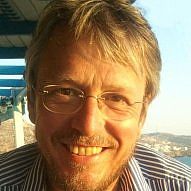