I am professor and chair of Statistical Bioinformatics at the University of Regensburg’s Medical School, Germany. Originally, I am a mathematician. I received my diploma degree in Mathematics from the University of Bonn in 1994. At that time I did not know what a protein is. Genomics and Bioinformatics were still new research areas and I became interested. I joined Martin Vingron’s group at the German Cancer Research Centre in Heidelberg, were I did my PhD thesis work on sequence alignment statistics. Martin became my long term mentor. In 2000, I moved on to Duke University for a postdoc in statistics working on the analysis of microarray data. In 2001, I went back to Germany to start my first own research group at the Max Planck Institute for Molecular Genetics in Berlin. I called the group “Computational Diagnostics” and we worked on computational methodology for the diagnostic use of microarrays in cancer classification. The group soon became the central bioinformatics unit of two nationwide research consortia on leukaemia and lymphoma respectively. My applied research still centres on haematological malignancies. In 2006, I became head of a research group in the Bavarian Genome Network “BayGene”. Since 2006 I am also a professor at the University of Regensburg.

I want to understand and model how perturbations in a cell’s molecular information flow causes cancer. 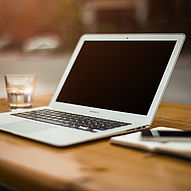