For the seventh time, the Faculty of Law at the University of Regensburg has offered a unique summer for lawyers and law students interested in Anglo-American law.

The courses are designed not only to prepare those who intend to participate in an LL.M. course in the UK or U.S. for foreign law studies, but also to give an insight into Anglo-American law for anyone whose work is or will be related to the Anglo-American legal system.

The lectures focus on an introduction to civil, constitutional and criminal law and are taught by well-known English and American law professors from Oxford and Edinburgh University.

Participants profit from small courses (max. 40 students) in one of the most historic places in Bavaria. The case studies in the afternoons provide a comparative law approach on specific subjects. They are taught in cooperation between the guest professors and professors and lecturers of the Regensburg Law Faculty. In joint lectures they present famous cases and their legal solutions both in Anglo-American and in German law.

This comparative approach enhances the understanding of how Anglo-American law works “in action” as well as the students’ abilities to work in an intercultural context.

In addition to the lectures, a presentation of LL.M.-studies abroad and of a U.S. criminal trial are provided.

Regensburg, proud of its Celtic and Roman origin and the century-long location of the well-known Perpetual Imperial Diet (“Immerwährender Reichstag”) of the Holy Roman Empire, has not only been declared a world heritage site, but is also famous for its cultural attractions, its beer gardens and its role as an ambassador between East and West.

German and foreign students are strongly encouraged to apply for the summer programme. The University of Regensburg grants scholarships and arefully selects the participants to guarantee excellent studying conditions.

All courses and exams are held in English. Knowledge of German is not a requirement. At the end of the course, students get a certificate of participation.

You can find pictures of the Summer School 2014 here.

You can find pictures of the Summer School 2013 here.

You can find pictures of the Summer School 2012 here.

You can find pictures of the Summer School 2011 here on Facebook. 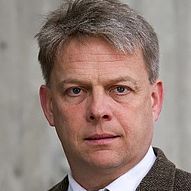