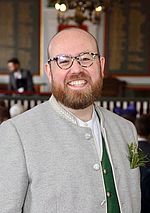 Hymning the Transfiguration of Christ in the Greek East:

The transfiguration of Christ—an episode in the life of Jesus narrated in the Synoptic Gospels, referenced in 2 Peter, and expounded within influential early non-canonical literature—came to be commemorated annually in the liturgy by Christians throughout the Greek (Byzantine) East as one of the most important dominical feasts. Already by the third quarter of the first millennium, it had become established in several Eastern ecclesiastical calendars, which functioned as one core component of sophisticated liturgical systems for the ritual actualisation and contemporary staging of biblical and non-biblical narratives and one of the key vehicles for the development and transmission of theology and the formation of liturgical subjects. As is typical within Greek liturgical traditions, the feast of the transfiguration attracted not only proper readings and homilies but also many hymns of various genres that eventually saturated the rites and elaborated the festal content more explicitly than many other liturgical elements. The biblical episode of the transfiguration—mediated by liturgical, as well as dogmatic, homiletic, and spiritual, reflection upon it—also became a focal point for medieval Eastern Christian exposition of the doctrine of deification (theosis), which has been highlighted as a touchstone of Orthodox theology in modernity.

Despite the clear historical and contemporary significance of the transfiguration of Christ, its liturgical commemoration in the Eastern Christian world remains little studied and there has been, to date, no systematic investigation of the important and rich corpus of festal hymns. This project will fill the identified lacuna in research through a ground-breaking study of the Greek hymns of the feast. It will include a re-evaluation of the sources for the history of the emergence and development of the feast in the Christian (Byzantine) East, which will provide broader context for the study; the cataloguing, editing, and translation of the corpus of Greek festal hymns; and a theological commentary, exploring the principal themes developed in the hymns in comparison with contemporary sources, including homilies, biblical commentaries, and dogmatic and ascetical treatises. 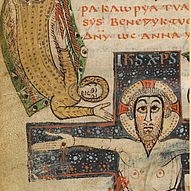