We study the building blocks of matter in the universe and the fundamental forces that operate between them. Physicists try probe the distances as small as 10-15 millimeter - by smashing particles into each other at very high energies at particle accelerators - and as  large as 4x1023 kilometers - by studying large scale structure of the universe and properties of the microwave background with satellites. And we suspect that these two aspects are closely related!

The existing "Standard Model" of elementary particles has impressively been validated with the recent discovery of a Higgs-like particle at the Large Hadron Collider at CERN. Yet this theory does not explain the abundance of matter over antimatter around us, dark matter and dark energy, and what happens with gravity where it becomes strong. Revealing these mysteries may require the existence of new fundamental forces and even modification of the structure of space-time at very small distances. 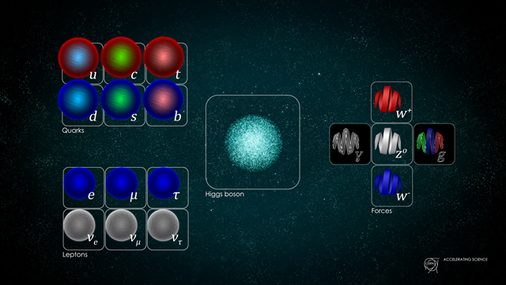 In Regensburg we provide the theory and analysis relevant to experiments at all major accelerator facilities in the world. The relevant formalism is provided by the quantum field theories that are based on the concept of gauge symmetry. Our research is mostly in Quantum Chromodynamics (QCD) - the modern theory of strong interactions. We are working on all aspects of the theory, including analytic perturbative and numerical ab initio calculations using some of the world's most advanced supercomputers, as well as on more mathematical or conceptual issues. We even develop custom-designed supercomputers for QCD and similar applications.

Our research is supported by the DFG, BMBF and the European Union. The most important grant is the SFB Transregio 55 - Hadron Physics from Lattice QCD. 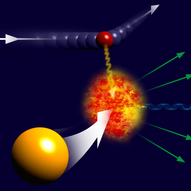 University of Regensburg
Faculty of Physics