Peter Lenz teaches British and Irish literature, Irish cultural studies and English grammar at the University of Regensburg, where he holds the post of an Akademischer Direktor in the Institut für Anglistik und Amerikanistik and is the head of the institute’s language department.* He took his doctor's degree at the University of Paderborn in 1985.

His research and publications centre on the literature of Ireland and its diaspora, with the focus on the impact of history, nationality, hybridity, and religion upon the writers and their works. He has published the monograph Klerus, Gesellschaft, Literatur. Die moderne irische Erzählprosa zwischen innerem und äußerem Exil (1985) and several articles on modern and recent Irish narrative prose and drama, on Frank McCourt's Angela's Ashes, on political and ethical values in the lyrics of rock music, and on Eliza Haywood.

* Between 1981 and 1997, he worked as a Studienrat/Oberstudienrat at a Gymnasium, was involved in teacher training, and held the position of Erster Fachbetreuer für Englisch. 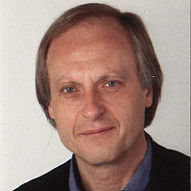