For general information on my courses, on the final exams (Staatsexamen), and on final theses (BA, MA, Lehramt), please click here

An early research interest, connected with his work on South African fiction, was the representation of Africa and Africans in nineteenth century British adventure fiction (Ballantyne, Conrad, Haggard, Henty).

In 2008, Prof. Petzold was granted a EU-funded Marie Curie Intra-European Fellowship at the Institute for Advanced Studies in the Humanities at the Unviersity of Edinburgh, to examine the representation of natural science in periodicals for young readers, published between 1847 and 1900. The research project was scheduled to run for two years (2009 and 2010), but had to be terminated after 15 months when he was appointed Professor of British Literature and Cultural Studies at the University of Regensburg. Due to this, he has focussed on data-collection while in Edinburgh; the analysis of this data is ongoing and has already led to a number of publications.

Prof. Petzold has started working on South African literature in the late 1990s; his main research interest was at first connected with the interdependencies of 'history' and 'identity', and it led to his doctoral thesis Re-imagining White Identity by Exploring the Past: History in South African Novels of the 1990s (Trier: WVT, 2002). More recently, his focus is shifting towards the representation of South Africa's cities and their 'problems' (eg. migration/immigration, violence, HIV/AIDS).

In his Habilitationsschrift, Sprechsituationen lyrischer Dichtung: Ein Beitrag zur Gattungstypologie (Würzburg: Königshausen & Neumann, 2013), Prof. Petzold uses an approach based on cognitive science to examine genre theory, more specifically the theory of (lyrical) poetry. In connection with this research theme, he was awarded funding by the German Research Foundation (DFG) for a project examining the speaker position in a large selection of poems written in the nineteenth and twentieth centuries. The final report can be downloaded as a pdf (in German).

A History of the Sonnet in England: "A little world made cunningly". Berlin: Erich
Schmidt Verlag, 2022.

Re-imagining White Identity by Exploring the Past: History in South African Novels
of the 1990s. Studies in English Literary Cultural History 5. Trier: WVT,
2002.

"Ballantyne 'on the Rocks'. The Arctic as Adventure-Arena." What is North? Imagining
and Representing the North from Ancient Times to the Present Day. Ed. Oisín
Plumb, Alexandra Sanmark, Donna Heddle. Turnhout: Brepols, 2020. 227-243.

"'How like us is that ugly brute, the ape!': Darwin's 'Ape Theory' and Its Traces in
Victorian Children's Magazines." Reflecting on Darwin. Ed. Eckart Voigts, Barbara
Schaff and Monika Pietrzak-Franger. Farnham: Ashgate, 2014. 57-71.

"'Are You Learning to Grow Old?': 'Aging Well' with the Help of The Girl's Own
Paper, 1880 to 1900." Interdisciplinary Perspectives on Aging in Nineteenth-
Century Culture. Ed. Katharina Boehm, Anna Farkas, and Anne-Julia Zwierlein.
London: Routledge, 2014. 147-164.

"'The end was not ignoble'? Bird-Nesting Between Cruelty, Manliness and Science
Education in British Children's Periodicals, 1850-1900." Time of Beauty,
Time of Fear: the Romantic Legacy in the Literature of Childhood. Ed. James
Holt McGavran, Jr. Iowa City, IA: University of Iowa Press, 2012. 128-150.

“'Nothing like this can be your fault at your age' Trauma-Narrative and the
Politics of Self-Accusation in The Innocence of Roast Chicken." Trauma,
Memory, and Narrative in the Contemporary South African Novel. Ed. Ewald
Mengel and Michela Borzaga. Amsterdam: Rodopi, 2012. 319-333.

"'Play up! play up! and play the game!' The Militarization of Cricket in Victorian
Boys' Magazines." Journal for the Study of British Cultures Special Issue:
"Sports." Ed. Christian Schmitt-Kilb. 18.1 (2011): 27-39.

[with Barbara Korte] "Censorship in Britain: Then and Now." Censorship and
Cultural Regulation in Contemporary Britain. Ed. Barbara Korte and Jochen
Petzold. 15.2 (2008): 97-108.

"'Translating' the Great Trek into the Twentieth Century: Re-interpretation of the
Afrikaner Myth in Three South African Novels." English in Africa 34.1 (2007):
115-131.

"Subverting the Master Discourse? The Power of Women's Words in
Shakespeare's The Taming of the Shrew and Fletcher's The Woman's Prize, or
The Tamer Tamed." Arbeiten aus Anglistik und Amerikanistik 31.2 (2006):
157-170.

[with Barbara Korte] Journal for the Study of British Cultures. Special Issue
"Censorship". 15.2 (2008).

“'What is there that women cannot do?' A Radical Travelogue in the Girl's Own Paper."
July 2017. "Borders and Border Crossings." 49th Annual Conference of the
Research Society for Victorian Periodicals. Freiburg i.Br., Germany.

"Ballantyne 'On the Rocks': Boys' Adventures in the Arctic." April 2016. "Visualising
the North." 3rd International St Magnus Conference. University of the Islands and
Highlands. Orkney Isles, Scotland. Paper on youtube

"Laying to Rest the Ghosts?! Ghost Stories in Two Victorian Magazines for 'Boys'."
Mai 2015. "Ghosts: A Conference on the Nearly Invisible." Universität Leipzig.

“I had some pet theories of my own on the subject of education, which I could
now put to the test” – The Victorian Deabte on Science Education and the
Case of “Robina Crusoe.” September 2011. Anglistentag, Sektion “Varia,”
Unviersität Freiburg.

“More than ‘Blood and Thunder’: The Popularization of Science and the Juvenile
Magazines, 1850–1900.” Juni 2009. “The Hockliffe Conference 2009,”
University of Bedfordshire, Großbritannien.

“‘For a’ that’ – ‘Trotz alledem!’: Burns, Freiligrath and the Birth of a Leftwing
Slogan.” Mai 2009. “Translating Romanticism”, Konferenz, IASH, University of
Edinburgh

“The Subjectivity of Absence: Verbal Cues for Constructing an Individual Point of
View in Poems with ‘Hidden’ Speakers.” September 2007. Anglistentag,
Sektion “Cognitive Approaches in Literature and Linguistics,” Universität
Münster.

“Christopher Hope’s Me, the Moon and Elvis Presley as a Critique of Rainbow
Rhetoric.” Juni 2000. Jahrestagung der GNEL/ASNEL, RWTH Aachen.

"(Un)Masking the Spectre: The Late Victorian Female Criminal at the Intersection
of Criminal, Gender and Consumer Discourse in Late Nineteenth-Century
Sensation and Detective Fiction" (2022)

"Dangerous Toys: Abuse of Technology and Its Socio-Psychological Implications
in Black Mirror" (2019)

"The New Woman and Her Fallen Sisters: Images of Deviant Womanhood in Late
Victorian Women's Magazines" (2017)

"Women in Gordimer's Rainbow Nation: The Representation of Women in the
Post-apartheid Novels of Nadine Gordimer" (2014)

"Settlers and Savages, Hunters and Beasts, Slaves and Fugitives: A Survey of
Sub-Saharan Africa in the Works of R.M. Ballantyne" (2012)

"Children of a Fighting Race: An Analysis of Irish Postcolonial Identity in
Short Fiction" (2011)

"'Thanks, but We're Working in the UK Already': A comparative Analysis of Eastern
European Migrants in the British Daily Press" (2011)

"The Mechanisms of Immortaltiy: Of Phylacteries and Horcruxes" (2022)

"Jacobitism, Scottish National Identity and the Duality of Identities in Violet
Jacob's Flemington and D.K. Broster's The Flight of the Heron" (2022)

"Performances of a Performance: Pluralities of Gender in Feminist Analogue Art" (2021)

"Gender and Sexuality in Queer Literature" (2021)

"'He puts on women's clothing and hangs around in bars...?' The Use of Cross-
Dressing in Monty Python's Flying Circus" (2020)

"The Power of Children: Adult-Child Power Relations in Alice's Adventures in
Wonderland and Coraline " (2020)

"Questions of Identity in Disney Pixar's Brave: The Construction of Scottish Identity
through the Romantic Tradition" (2019)

"'To Take Arms against a Sea of Troubles': Critical Commentaries on the Monarchy
in William Shakespeare's Hamlet and its Contemporary Retelling The Royals" (2018)

"Thomas Hardy's Tess of the D'Urbervilles: A New Perspective on the 'Fallen Woman'
Character or a Reinforcement of Victorian Gender Idals?" (2018)

"Winning Recognition: London City Branding in the Context of the Olympic
Summer Games 2012" (2018)

"'Helping Those Who Help Themselves': Instructional Articles in The Boy's Own Paper
and The Girl's Own Paper " (2018)

"Praising the Pioneers: The Role of Feminist Magazines in Promoting Women's Access
to Higher Education in Late Victorian England" (2017)

"The Development and Regression of the Bond Girl" (2017)

"The Labyrinth of Love: Mary Wroth's Crown of Sonnets and the Concepts of
Spiritual and Worldly Love" (2017)

"'Change the story and the story changes you': Subversion in Terry Pratchett's
Tiffany Aching Series" (2017)

"'They offered you a choice between the death of your principles and death of your
body': Power Monopolies in Dystopian Literature" (2017)

"The Dilemma of the 'War on Terror': A Comparison of Two British Tabloids
and Two National 'Quality Papers'" (2016)

"The Depiction of Gender Roles in Enid Blyton's Novels" (2016)

"A Study in Silk: The Original Sherlock Holmes in Anthony Horowitz's The House of
Silk " (2016)

"Male Homosexuality over the Years: A Dichronic comparison of Three
Adaptations of Oscar Wilde's The Picture of Dorian Gray " (2016)

"'Too Old to Change?' J.M. Coetzee's David Lurie as a Representative of South
African Apartheid and Post-Apartheid Societies" (2013)

"Dylan Thomas and the Process of the Gothic and Grotesque" (2012)

"The Representation of Muslims in Mohsin Hamid's The Reluctant Fundamentalist "
(2012)

"'But there again, I keep forgetting that you're more than just a very beautiful
woman.' - The Changing Concept of the Bond Girl" (2012)

"Orientalism and Colonial Discourse in G.A. Henty's Rujub the Juggler " (2011)

"Behind the Façade: The Ambiguity of the Theme Family in Ian McEwan's Novels
The Cement Garden, The Child in Time, Atonement, and On Chesil Beach " (2011)

"The Nineteenth and the Twentieth/Twenty-First Century in Dialogue:
The Relevance of the Neo-Victorian Novels Affinity and Fingersmith by Sarah
Waters for Contemporary Society" (2022)

"'It's like a haunted house, only I'm the ghost.' Representations of Mental Illness and
Mentally Ill Individuals in Charlie Covell's The End of the F*** World " (2021)

"Sympathy for the Devil: Sympathy Guidance Strategies Concerning Dungeon &
Dragon's Iconic Vampire Strahd von Zarovich in I, Strahd: The Memories
of a Vampire " (2021)

"Agnes Grey's Struggle towards Emancipation: The Governess as a Solution to the
Woman Question - A Feminist Reading of Agnes Grey " (2021)

"'Time can be rewritten' - But that doesn't mean it should! Changing Tendencies
of Postcolonial depictions in the Chibnall Era of Doctor Who " (2021)

"Cross-Dressing as Rebecca: The Role of Gender (Idetntity), Gender Performance
and Same-Sex Desire in Amy Dillwyn's The Rebecca Riots " (2021)

"Mary Poppins: Comparison of the Book Series with the Disney Film Adaptation
Mainly Focusing on the Portrayal of Gender Roles" (2017)

"Two World Wars and One World Cup: The Influence of Politics, Media and Football
on Anglo-German Relations" (2016)

"Charms, Chains and Clipboards: Madness in Great Britain During the 17th and
18th Centuries" (2013)

"Identity, Race and Society in K. Sello Duiker's Thirteen Cents and The Quiet Violence
of Dreams " (2013)

"Construction of Scottishness in Hamish Macbeth " (2013)

"From Villains to Heroes? The Representation of Pirate Characters in The Pirate,
Treasure Island, Captain Blood, and Selected Stories from 19th Century
Children's Magazines" (2013)

"'There Is No Nationality Without Literature': Nation-building and Identity
Construction Based on the Poetry of the Easter Rising 1916" (2013)

"28 Days Later, Chlidren of Men and Family Patterns in the Face of Global
Developments" (2013)

"Challenging Idealistic Notions of Irishness: The Demythologisation of the West of
Ireland in Twentieht-Century Anglo-Irish Drama" (2012)

"The Motif of the Double in Scottish Literature" (2011)

"'Trustable, Good, Sound Women the World Can Lean On' The Girl's School Story
as a Mediator of Suitable Gender Roles for Girls: An Analysis in Children's
Literature" (2011)

"Searching for the 'Inner Room': Identity Formation in Hanif Kureishi's
The Buddha of Suburbia " (2011)

"The Vampire: The Change of the Creature's Depiction through the Ages" (2011)

"The Mother, the Maiden, and the Crone: Subversion in Terry Pratchett's
Discworld Novels" (2022)

"The Representation of the Royal Family in the British Press" (2021)

"The Coverage of the Coronavirus Pandemic in British Newspapers" (2020)

"Innocent Until Proven Guilty? The Negative Press Coverage of the Oscar Wilde
Trials" (2020)

"The Role of Women within the Harry Potter Series" (2016)

"Shades of Victorianism: A Comparison and Evaluation of Shades of Grey and
Jane Eyre " (2015)

"'Facts Are Chiels that Winna Ding' Scottish Independence and the Press: An Analysis
of the Coverage of Four British Newspapers" (2013)

"The Futility of War: A Study of Selected Poems by Wilfred Owen, Isaac Rosenberg
and Siegfried Sassoon" (2012)

"'It starts with doors.' - Fantasy Tropes in Neil Gaiman's Neverwhere and Stardust "
(2011)

"Relationships in Irvine Welsh's Trainspotting: Mirror for the Interstate Relations
between England and Scotland" (2010) 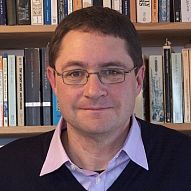