J. S., "Dubbing Linguistic and/or Cultural Humor from English into German: A Parallel Corpus Analysis of the Comedy Series 'Sex and the City'"

Ch. S., "'And, so Today, a New Season of American Renewal has Begun.' A Critical Metaphor Analysis of NEWNESS in American Presidential Discourse"

2008 K. L., "Who is Responsible for the 'First Genocide of the 21st Century'? A Multimodal Analysis of the PBS Documentary On Our Watch"

F. L., "Rhetoric in the 'War on Terror': President Bush's Selected Speeches from 9/11 to Iraq"

A. S., "Private chat communication – a study of stylistic features of a new type of discourse"

B., B., "Female Stereotypes in Women's Magazines: A Sociolinguistic Study"

U. T., "Female Stereotypes in British Men's and Women's Magazines"

S. W., "Strategies of Persuasion in Advertising. A Study on Persuasive Elements in the Language of Contemporary Print Advertisements"

2002 S. H., "How to Translate English Infinitival Constructions into German"

S. B., "Metaphors in Print Advertising: A corpus-based Study"

A. L., "Muggles, Muggel or Babbani? Proper Names in the German and Italian Translations of Harry Potter.

M. W. "Cohesion and coherence between headline and lead of two types of broadsheet newspapers"

A. Sch., "Recent German words and their institutionalization into English: A study based on BNC, COHA and COCA"

K. L., "Internet Rely Chat and Its Position Between the Poles of Orality and Literacy: A Corpus-based Comparison of IRC and Face-to-face Conversation"

Ch. K., "How speakers create identity. A corpus-based study of personal reference in the first speeches of American Presidents and British Prime Ministers since 1989"

S. M., "The interaction between gender and language in women's and men's magazines and their contribution to the phenomenon of synthetic personalization"

F. E., "Language representation in Australian fiction: linguistic placement of selected novels in the English of Australia by means of key features and Australianisms"

S. F., " The Use of Internet in English Teaching"

K. J., "Media Bias in the Middle East A Discourse Analytical Comparison of the Jerusalem Post and the Arab News"

Ch. K., "Can we Cut the Cheese? – The Dubbing of Humor in the Sitcom 'Two and a Half Men'"Christina Kerscher, " How Leaders Choose to Refer to Themselves and Others"

M. P., "Latin Plurals in the English Language: A Corpus- based Study of antenna, cerebrum, octopus and retina from the Introduction to Modern-Day-Usage"

J. K., "'Oh my God, They Killed the Show!' Possibilities and Limitations within the German Dubbing of South Park"

S. B., "Harry Potter and the Proper Names: An Onomastic Analysis of the Harry Potter Series"

Ch. F., "Immersion Language Teaching in Theory and Practice: Benefits and Challenges Regarding its Implementation in the Bavarian Gymnasium"

T. E., "The Dubbing of "Family Guy" into German. An Analysis of Linguistic Aspects"

F. L., "Rhetoric in the 'War on Terror': President Bush's Selected Speeches from 9/11 to Iraq"

M. S., "Anglicisms in Multiplayer Online Role-Playing Games - The Language of World of Warcraft from a German Perspective"

E. G., "Woman Politicians in the Press – A Linguistic Analysis of Newspaper Articles on the Example of Angela Merkel"

R. B., "English Youth Slang on its Way into Mainstream - A Corpus-based Study"

J. S., "Humor in the Comedy Series Sex and the City – A contrastive analysis of the American original version and the dubbed German version"

J. W., "The English Contribution to German and Polish"

U. T., "Female Stereotypes in British Men's and Women's Magazines"

V. D., "Forms of address in the LA Times, The Guardian and The Observer, and the Süddeutsche Zeitung in 2001"

A. Sch., "The Language of English and Welsh Law Reports: An Analysis of Lexis"

B. B., "Spanish Loanwords in the English Language"

H. Sch., "The Ideological Structuring of Reality by the Dominant Discourse: An Analysis of News Accounts on the Middle East Conflict"

Ch. O., "Techniques of Linguistic Warfare: a Case Study of the Western Presentation of the War against Terrorism"

S. S., "PC or not PC: That's the Question – Are English School Books as Used in Germany Politically Correct?"

H. A., "Upper-class English in the Fifties and Today: A Sociolinguistic Study of Linguistic Usage"

B. B., "The Classification of Sports Language, and Metaphors as a Stylistic Device in the Language of Mountain Biking"

B. Sch., "A Synchronous multidimensional register analysis of the personal correspondence between Ernest Hemingway and Maxwell Perkins"

Ch. S., "Ideology in Newspapers - with Special Reference to Articles on the Kosovo Conflict"

A. L., "Muggles, Muggle, or Babbani? Proper Names in the German and Italian Translations of 'Harry Potter'"

U.K., Coherence and cohesion in hypertext

A.-S. S., "Code-switching in Advertising: An Investigation of Bilingual and Multilingual Communities

A. Sch., "Germanisms in British and American English in the 20th and 21st century: a corpus-based study"

K. H., "Growing up with two languages. A case study"

I. M., "The Importance of Extra-Linguistic Factors on Code Switching"

J. V., "The Influence of English on the Czech Language"

B. P., "The Concepts of English HOME and German HEIMAT – a Cross-cultural Study"

S. B., "Motivation, Institutionalization and productivity of New Words or New Word Elements"

E. L., "Is spoken English really so different from written English? An empirical study of formal and informal text samples"

S. K, "Interviewing Children: A Linguistic Challenge to the Questioner"

A. S., "The Language of Diplomacy, with Special Reference to George W. Bush and his Administration" 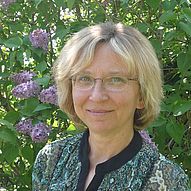