Gamze İlaslan completed her BA at Boğaziçi University in 2013, double majoring in Turkish Language and Literature and History programs with an honor degree. During her bachelor studies, she spent one semester at Freie Universitat Berlin in 2011 through an Erasmus Program. She joined an MA program in Modern Turkish Studies at Boğaziçi University and completed her MA thesis, titled “Abduction and Elopement in the 19th Century Ottoman Nizamiye Courts”, under the supervision of Prof. Cengiz Kırlı. Additionally, she joined a major research project focusing on “Armenians in the Ottoman Bureaucracy (1839-1909)” supported by TÜBİTAK (The Scientific and Technological Research Council of Turkey) between 2013 and 2015. In the years between 2015-2019 she studied at Şehir University as a PhD student and worked as a teaching assistant for the courses “Introduction to Sociology”, “World Civilizations and Global Encounters” and “Exploring Istanbul”.

Currently she studies as a PhD student at Regensburg University (Chair of Early Modern History, Prof. Dr. Harriet Rudolph) and works on the DFG-Project "Entangled Objects? The Material Culture of Diplomacy in Transcultural Processes of Negotiation in the 18th Century", subproject 1: "The Material Culture of Habsburg-Ottoman Diplomacy in the 18th Century".

This subproject focuses on material culture and diplomatic relations between the Habsburg and Ottoman Empires, covering the time period between the Austro-Turkish War (1716-1718) and the Russo-Turkish War (1768-1774). The dominance of historical texts in scholarly discourse, and corresponding neglect of physical objects (many of which, housed in museums, end up devoid of their historical context) can be overcome through the establishment of a dialogue between text and objects. Bringing objects back onto the historical stage will lead to a more comprehensive understanding of Ottoman-Habsburg diplomacy. The text-oriented nature of history will be supplemented by investigating the diplomatic use of objects, and the "eloquence" of material culture. In this sense, this subproject aims to connect the analysis of written texts, visual sources, objects used in diplomatic settings, as well as the means by which various diplomatic actors, acting as cultural brokers, have used and attributed meanings to material objects. Material cultural analysis of diplomacy allows us to question the dominant paradigms of research, such as the "Westphalian System," one-side perspectives on the so-called "Clash of Cultures," and "Westernization/Europeanization" of the Ottoman Empire in the 18th century. This approach has the potential to exemplify the hybrid, complex and transcultural nature of diplomacy between the Habsburg and Ottoman Empires. 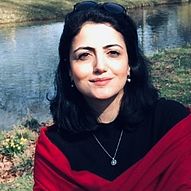