Michael Heese is Professor of Law at Regensburg University. He teaches and writes in the fields of civil law, civil procedure, comparative & foreign law.

Michael Heese received law degrees from the Universities of Goettingen (2003) and Yale (LL.M. 2009), served as a Law Clerk at the Appellate Court of the State of Hesse and completed both juridical state examinations with great distinction. He earned his Ph.D. (summa cum laude) at the University of Goettingen with a doctoral thesis on comparative insolvency law (2008) and achieved the postdoctoral lecture qualification (Habilitation) from the University of Freiburg in 2015 with a postdoctoral thesis on the regulation of expert advice in civil and commercial law. His teaching licence includes civil law, civil procedure, commercial law, European civil law & European civil procedure and comparative law. In 2015 he accepted a tenured position at the University of Regensburg. Michael Heese's writings have been cited widely and he received numerous scholarships, research grants and awards for his work.

Professor Heese has written several law review articles on “clean” diesel litigation. In his articles Professor Heese deals with car manufacturer’s liability on the basis of German tort law and with the enforcement of buyer’s claims in German civil courts.

ARTICLE: The Legal Construction of Security Rights in Movable Assets (2019)

BOOK: The function of insolvency law & the competition of legal systems (2018)

The European Commission has produced a proposal for a directive on preventive restructuring frameworks. In doing so, it has once again taken a stand against competition in legal systems, which has affected insolvency law for some time now. However, in reality this competition is more of a transatlantic phenomenon than a European one, which has increasingly called Germany’s and Europe’s politico-economic foundations into ques-tion. This study examines the function of insolvency law, exposes the current push for reforms as an attempt to adopt flawed fundamental values from US commercial law and calls upon German legislators to take a hand in the process of European legislation.

Advisors' obligations and the particulars of advisors' liability have been crucial questions in civil and business law ever since. Beginning in the 1990's, advice as a legal concept became more and more important for legal policy, legislators, and courts. Michael Heese continues to develop a more general civil law approach to advisors' obligations and liability, taking into account both professional duties and regulatory law.

Michael Heese has developed the first system of creditors' information in insolvency on the basis of German constitutional law and a comparative analysis of American insolvency law in the form of the Bankruptcy Code. From a creditor's perspective, information in a case of bankruptcy is the basis for enforcing claims, for participation in the proceedings, and for the transparency of the proceedings. Michael Heese provides a comprehensive analysis of the shortcomings of the current restrictive prevailing opinion in Germany regarding information as expressed in legislation, judicial opinions, and scholarly commentary. His analysis is based primarily on the goals of the information system, the constitutional guarantees which must be considered when implementing these goals, and a comparison with American law. The author's observations regarding the weaknesses in current German law result in his suggestions for legislative reforms to the extent that the weaknesses cannot be addressed in a manner that conforms to the existing system. 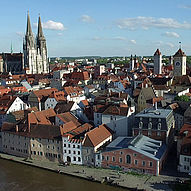