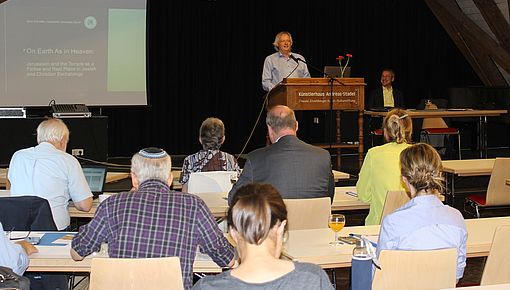 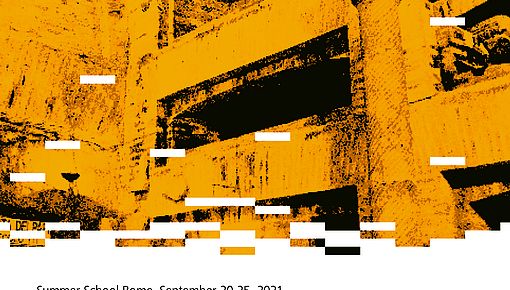 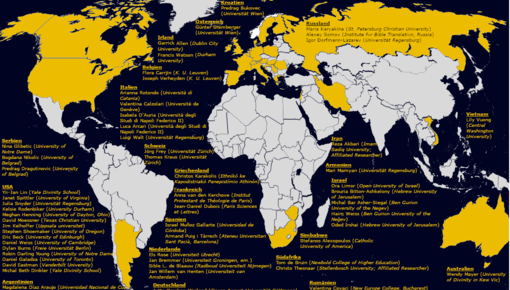 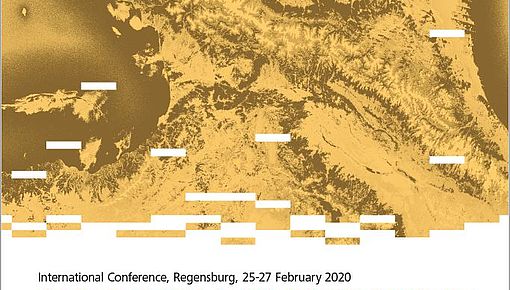 "Beyond Canon_": Heterotopias of Religious Authority in Ancient Christianity

DFG Centre for Advanced Studies (FOR 2770)

The canon of writings of the Jewish and Christian Scriptures is regarded as the fundamental authority in Christianity. Even after its finalization and its widespread recognition in the 4th century, however, there existed (and continue to exist today) traditions claiming authority, which lie beyond the canon and which were partly directed against canonical texts, sometimes selecting from and updating them. In a creative reception of Foucault’s concept, these traditions, generally known as “apocryphal,” as well as their expressive forms and communication contexts, can be understood as heterotopias, i.e. as “effective spaces,” serving as “abutments” in late ancient Christianity.

These traditions and their functions in the many diverse contexts of religious life are the focus of the Beyond Canon Collaborative Research Group (CRG). Specifically, the Beyond Canon CRG will focus on literary traditions beyond the biblical canon, on their diverse, often material forms of expression and starting points in “lived” and “popular” religion, and on their underestimated significance in the ritual life of the churches. The concept of the “intellectual space of late antiquity” is thereby expanded in the sense of a discourse space that also includes things and practices.

This interdisciplinary approach not only promises insights into the rather implicit mechanisms of religious communication and the making of theological knowledge, but it can also make an innovative contribution to general questions of canonical processes and alternative authorities as they are explored in cultural sciences and humanities.

In addition to the Beyond Canon CRG, the Center for Advanced Studies houses a number of other associated projects, which are briefly described below:

The biblical canon was created, in principle, by later reception of texts, which lies beyond the canon in diverse contexts: in theological controversies, commentaries, liturgies, et al. The Novum Testamentum Patristicum (NTP) aims to explore the reception and various interpretations of the texts of the Christian Scriptures in the early Christian and late Roman eras, explaining them from the points of view of their particular contexts.

The main focus is on the creation of a comprehensive commentary, divided into forty-five volumes, which will provide a verse-by-verse commentary on the Patristic reception of each scripture passage. Interdisciplinary topics will also be explored via research symposia and relevant publications. The NTP group consists of approximately thirty scholars from different countries, disciplines and confessions.

The Metamorphoses of Death

Biblical texts provide few answers to urgent questions, such as: What about the afterlife? What is Paradise like? What is hell like? How should we bury our dead and remember them? Ancient Christians, therefore, searched for information beyond the canon in apocryphal writings, but also in the ideas and practices of their environment. In several individual projects, profound cultural and attitudinal changes are being investigated, which occurred in late antiquity and can be seen in burial culture, as in the treatment of the dying and the dead, as well as in outlooks on the afterlife.

Results will be presented in a series of publications on the history of death in early Christianity and its environment.

The lyrics of the Roman liturgy are usually taken from the canon; this biblicality differentiates the Roman rite from other western and eastern liturgies. The databases Graduale Synopticum and Antiphonale Synopticum databases, among other aims, index the biblical use of primary repertories of Gregorian hymns. The secondary genres of the Roman-Franconian mixed liturgy, which have been developing since the early Middle Ages, can also be understood as “heterotopias” of the corpus of canonical texts.

Since the close of late antiquity, there has been a flourishing hymnography in the Byzantine liturgy. The non-biblical texts of the troparies constitute a kind of “heterotopia” of canonical psalmody. The Premodern Metropolitanism Research Training Group (2337), a project of Gregory Tucker, intensively investigates for the first time the hymns of the Middle Byzantine liturgical synthesis. Tucker is researching the earliest phase of the Constantinopolitan liturgy documented via direct liturgical sources.

Centre for Advanced Studies "Beyond Canon_"