The Romance Studies Departmental Library now also offers audio books in French. You can find the titles by searching the Regensburg Catalogue plus for the publication form "Audio CD" and then narrowing down the hits to the language "French". 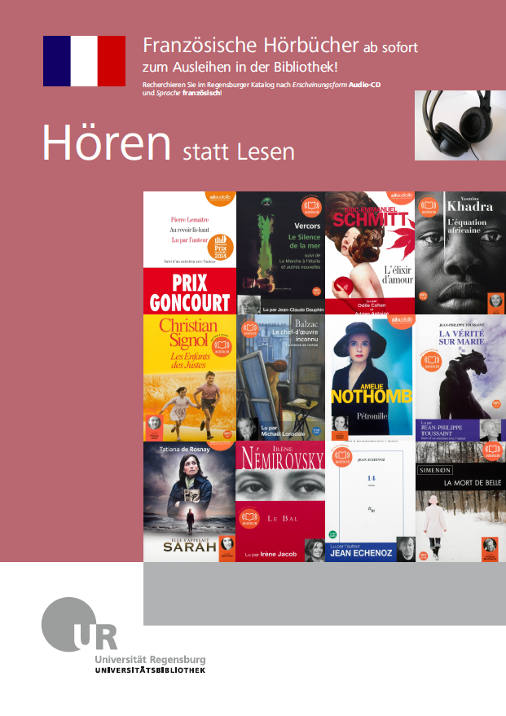 Site plans of the sublibraries

Site plans of the 13 sublibraries

A 3D overview plan shows the reading rooms in the respective faculty buildings.

More detailed floor plans provide you with information about the accesses within the respective building when you click on them.

Overview of the reading rooms (PDF) with subject allocation.

Please note: Only the resources which are available in English are listed below. For a more comprehensive list, which also includes the German resources, please refer to the German equivalent of this webpage.

Joint service offer of the Ibero-American Institute of Prussian Cultural Heritage in Berlin and the State and University Library Hamburg Carl von Ossietzky on culture, history, politics, economy and society of the Spanish and Portuguese-speaking countries and the Caribbean.

Portal on digitised material from European libraries, museums and archives

Portal on digitised material from Spanish libraries, museums and archives. The major digitisation projects of the National Library of Spain (Biblioteca Digital Hispánica and Hemeroteca Digital) are included there.

Digital library of the National Library of France. The content focuses on French cultural history from the Middle Ages to the end of the 19th century, including fiction, scientific literature, dictionaries, journals, manuscripts, including the "Bibliography of Romance" (reporting periods 1875 - 1926 and 1965 - 1992).

Within the scope of its financial possibilities, the University Library of Regensburg always endeavours to acquire the literature you need. Please inform us about your acquisition suggestions. 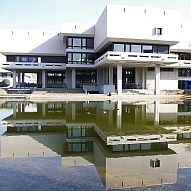