In the fall of 2019, I had a busy but fruitful series of research travel trips throughout Europe, visiting libraries in Belgium, Italy, England, and France that preserve 13th century Bible Missals which I am studying for my dissertation.

At the end of September, I took the train to Brussels, where I worked at the KBR for several days on MS 8882, a small Bible from France which contains a (now-fragmentary) Missal in the middle of the Bible, accompanied by a list of readings. During my visit, I was able to make a draft description of the manuscript, and was able to identify it as a Dominican source based on the indications in the reading list. During the daily lunch break, when the whole library closed for a full hour, I was able to explore a bit of the city and enjoyed visiting a famous cheese shop near the library where the owner asks you a series of questions and then intuits what ought to be on your sandwich that day. As he reminded me as I left after my second visit, “Remember, Sir — Cheese never boring!” 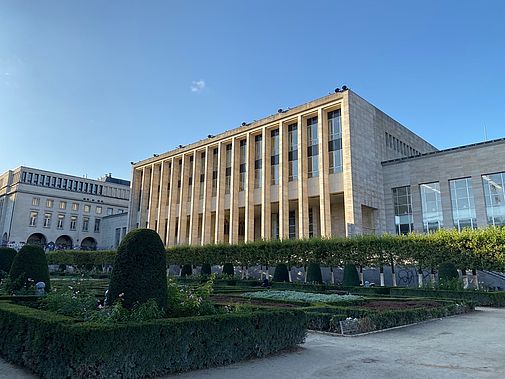 After my time in Brussels, I stopped in Cologne for a brief visit, where I had the special opportunity to visit the grave of St. Albert the Great at the Dominican Church of St. Andreas. One of the friars let me see a set of vestments that were found in his grave, which may date from the 13th century or perhaps more likely from the 14th century. It was a privilege to venerate the relics of the former bishop of Regensburg and patron of the Dominican Province of St. Albert in Southern Germany. After posting about the vestments on Twitter, I was asked to write a short description of them for the Liturgical Arts Journal, which appears here. 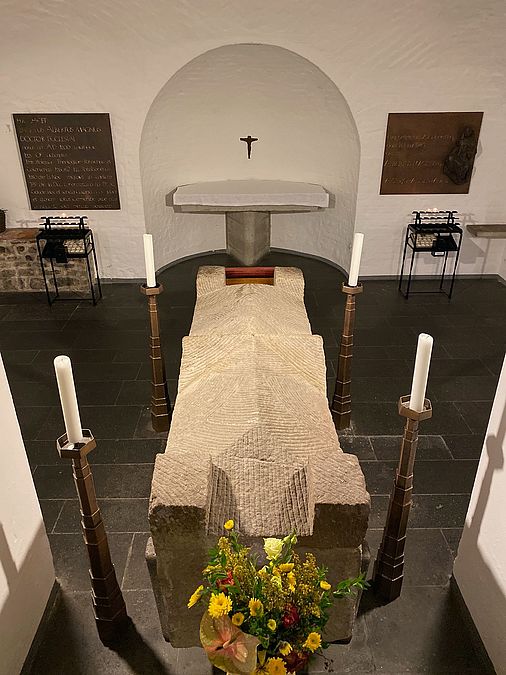 In early October I continued on to Rome, where I spent a week working on Bible Missals at the Vatican Library and Biblioteca Angelica and on an important Dominican liturgical manuscript at the Dominican General Archive of Santa Sabina. During the time in Rome, I was able to participate in the canonization of St. John Henry Newman at St. Peter’s. After a brief stopover in Florence, where I stayed at the Dominican Priory of San Marco in Florence, I continued on to Innsbruck, where I was able to participate in the annual Interuniversitäres Lektüreseminar zur älteren Liturgiegeschichte. During the seminar, I gave a presentation on “Two Thirteenth-Century Bible Missals: Brussels, KBR, MS 8882 and Vienna, Österreichische Nationalbibliothek, Cod. 1136,” receiving valuable feedback from the German and Austrian liturgists who were participating in the colloquium.

In early November, I travelled to England to do further research in Cambridge, Oxford, and London. During my time in England, I worked with manuscripts at the British Library, the Bodleian Library, the Cambridge University Library, St. John's College (Cambridge), the Fitzwilliam Museum, and Trinity College (Cambridge). I was able to make significant progress in my codicological descriptions of the manuscripts as well as inventories of their biblical and liturgical contents. My goal in making these descriptions and inventories is to present a unified descriptions which help readers understand these complex manuscripts as integrated (and sometimes heterogeneous) objects in which the content and materiality is interrelated. In many cases, I was also able to take photographs of the manuscripts, which will assist me as I continue to analyze the material.

In addition to working with the manuscripts, I also benefited tremendously from the opportunity to get to know scholars in the three cities by means of attending seminars, giving several of my own presentations, and meeting manuscript scholars for coffee or meals. In London, I gave a presentation titled “Representatio Representationis: Depictions of the Mass in 13th century Missals,” at a Post-Graduate Conference organized by the British Archaeological Association. In Cambridge, I attended a liturgy-musicology seminar and met with various scholars who have expertise related to my current research. In Oxford, I gave a seminar presentation for the Church and Culture Seminar at Harris Manchester College titled “Word and Sacrament: The de Brailes Bible Missal (Bodleian Library, Lat. Bib.e.7) and the Dominican Liturgy,” and received very helpful feedback from several seminar participants. Through this combination of direct study of the manuscripts and conversation with scholars who have worked on the same or related manuscripts in the past, I was able to make significant progress on my doctoral research as well as to deepen connections with other scholars with overlapping interests. 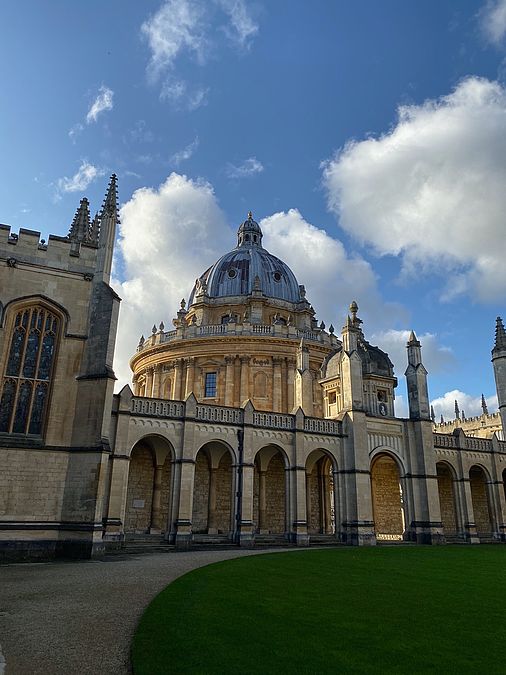 After my time in England, I travelled to France in order to undertake further work on Bible Missals in Paris, Poitiers, and Tours. Shortly before travelling to Poitiers, I was warned that there would soon be a transit strike in France, and that there was a danger of getting stuck! Heeding this well-timed warning, I decided to book an earlier train back to Germany and thus made it home before the strike began. An exciting end to a long series of journeys — and yet with miles still to go before I finish with all of my manuscripts!